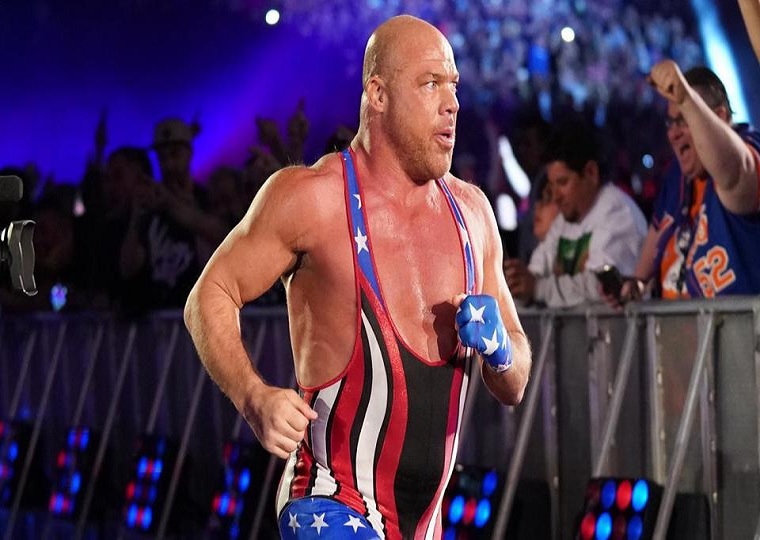 Since Paul Wight teased a major signing by AEW of a “Hall of Fame-worthy” talent, the wrestling world has been set ablaze with speculation as to whom this individual could be.

Everybody from CM Punk to Kurt Angle has been named as part of a lively social media guessing game, and even AEW President Tony Khan has dropped a hint or two of his own.

Khan recently made mention of AEW signing more wrestlers (plural) during our interview this past week.

“I do think the balance of power has shifted, to the fans and AEW,” said Khan.

“We keep signing more great wrestlers, and in the next week, you’ll see more wrestlers debuting in AEW.”

AEW continues to perfect the art of defection, with several former WWE Superstars currently under contract.

In fact, eight former WWE Superstars will be featured on tonight’s card, and that’s not including whoever ends up being the mystery signing and/or whoever emerges as the surprise entrant in the Face of the Revolution Ladder Match—both of whom could very well be additional defections from Titan Towers.

With high-profile wrestlers continuing to have fun with Twitter, further driving the speculation, a small handful of names can be considered as top candidates to be revealed as AEW’s latest signing.

One of the leading candidates, a self-aware Kurt Angle took to Twitter last night to post a cryptic teaser video, as if to suggest he was making his return to the ring.

The video ended with the caption “To Be Continued.” In true carny fashion, Angle followed up today with an extended video that ended up being a commercial for his podcast The Kurt Angle Show.

Despite the misdirection, Angle, a WWE Hall of Famer who is not currently under contract with the promotion, remains a popular choice to make a surprise appearance on AEW Revolution tonight.