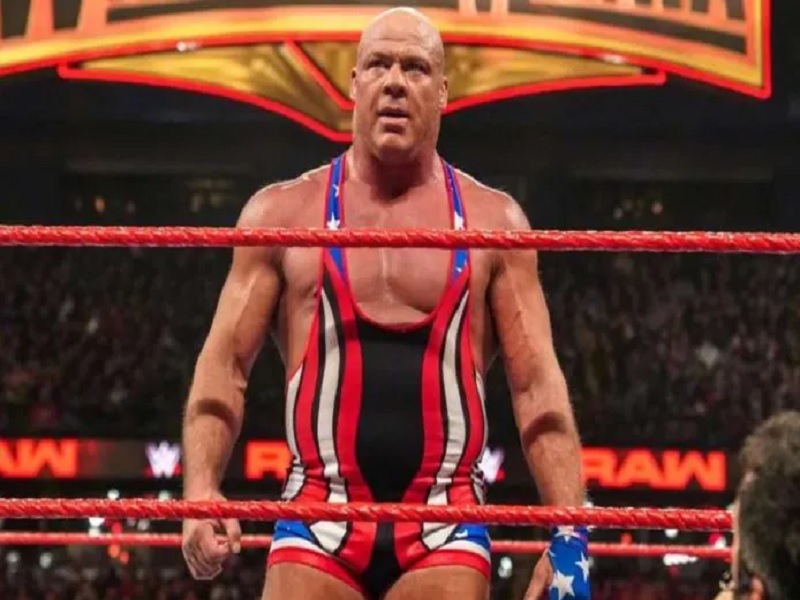 Kurt Angle is one of the biggest names in pro wrestling; he made his return to the company in 2017, after leaving WWE for Immortal Wrestling in 2011. But the master of Ankle Lock says that he had a chance to return in 2014, but that was blocked by Triple H.

Triple H has been a part of the WWE corporate and makes some big decisions for a decade or so. He was the person who decided to recoup Angle in 2017, but blocked his move three years earlier. Angle said, “Paul is in charge. I found that out when I contacted Vince, I’ve always had a good relationship with Paul, so I didn’t consider that a problem. He decided they had enough talent.

“For the Vince McMahon, who I knew, enough was never enough. He always wanted more.” The 51-year-old also revealed that he was not even allowed to have a meeting with Vince Mcmahon, the supremo of the company. Angle believes he was mistreated and as if ‘he was nobody’.

The 1996 Olympic Gold winner then plied his trade with TNA, and spent two years at that company. And he says that TNA was a lot more welcoming than WWE. “But TNA not only stepped up, but they also gave me everything I wanted: the dates, the money, and it’s no secret that I’ve gone to rehab in the past, and they gave me time off.”

The assurance from TNA stopped him from pursuing WWE, as he thinks the company was not loyal to him even after his decades of services. But the superstar came back to the company in 2017, also was a manager of the weekly RAW brand. He also worked with the backstage team before being released due to the pandemic situation.