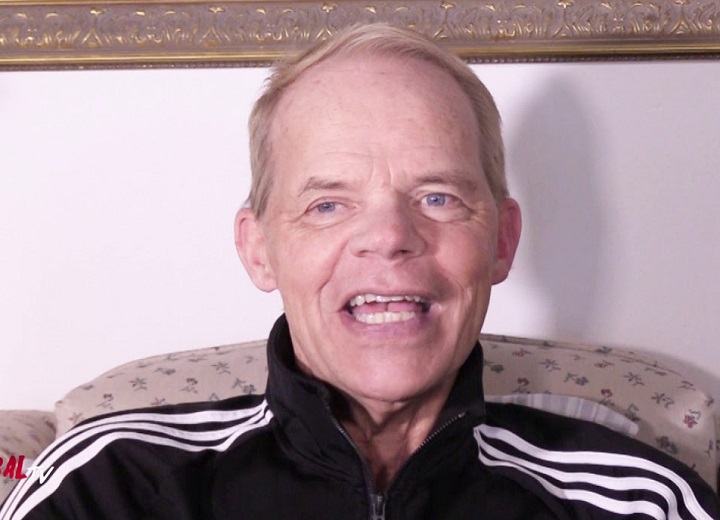 Lex Luger — also known as “The Total Package” and “The Narcissist” — gained worldwide fame as a pro wrestling champion. He stood at 6-feet 4-inches tall, weighed 265 pounds and had a 32-inch waist.

His muscles were like polished steel and his perfectly sculptured body added to the wrestling mania that had gripped the nation.

He frequently highlighted his muscular physique by posing in front of full-length mirrors before many of his matches.

His wrestling persona was designed to thrill his fans. His accomplishments in the ring are legendary.

For the last five and a half years, he’s also been a Christian, learning and growing more each day.

God, he says, has helped him “get rid of the last remnant of that vanity and pride” that was the emblem of his ring persona.

Born in 1958, Luger played professional football in the Canadian Football League and the now-defunct United States Football League before beginning his wrestling career.

He did not have the privilege of growing up in a Christian home. He never went to church, but grew up chasing fame in the WCW and WWE on a track that included drugs, alcohol and women.

“My life was a train wreck,” Luger admitted. “I was burning the candle at both ends.

I had a beautiful wife, Peggy, and two wonderful children, Brian and Lauren. But I was living one life on the road and another life at home. I didn’t feel like I was accountable to anyone.

“I was making millions of dollars and had a lot of fancy stuff — cars, clothes, baubles — and never realized why I wasn’t satisfied.

I chased a life of folly, a course of trivial pursuit. I had a feeling of invincibility. They called me ‘The Cyborg.’

“I had a home with my wife and children on the ninth green of the Sugarloaf Country Club in Duluth and a townhouse with my girlfriend in Marietta.

I thought I was managing and juggling the situation, but I wasn’t. Sometimes when you think you’ve got a grip on life, you really don’t. The people I thought were friends were users and abusers.

“In 2003 my girlfriend, Elizabeth, died in my arms of an overdose of drugs. I was arrested later that day after a search of the townhouse revealed a number of illicit controlled substances.”

The next day Luger was released on $27,500 bail. Elizabeth’s death was ruled accidental.

Luger pleaded guilty to the drug charges and was given a $1,000 fine, sentenced to five years probation, and required to submit to periodic drug testing.

Luger confessed, “I violated probation on numerous occasions. I was caught for reckless driving, continued to drink alcohol and abuse drugs, but somehow God protected me even though I ignored Him.

“From May until August of 2005 things went from bad to worse.

I could have overdosed at any time. It is a miracle of God that I survived during that period of time.”