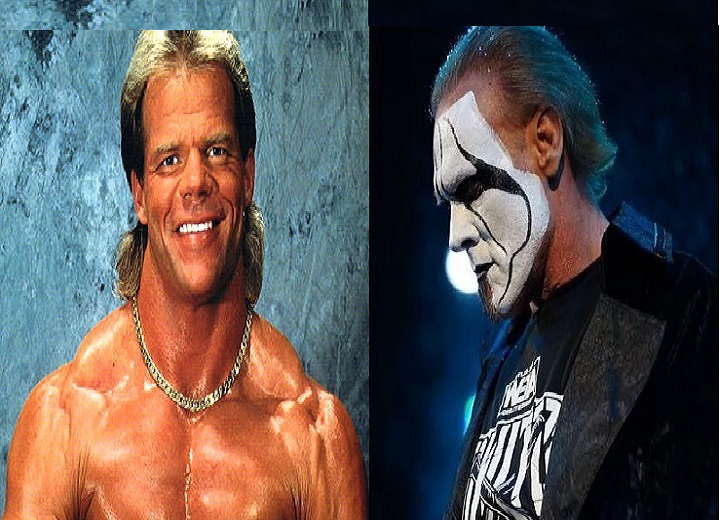 Former WWE and WCW Superstar Lex Luger recently appeared as a guest on former WWE Superstar Terri “Marlena” Runnels’ podcast, Cigars, Scars & Superstars with Terri Runnels podcast for an in-depth interview. Featured below are some of the highlights:

On his friendship with Steve “Sting” Borden: “Well, he was with Bill Watts in that territory, which then merged with the Crocketts.

He and I didn’t get along at first. I came across as cocky, go figure. He thought I was the cockiest guy he’d ever met. He had asked him a question about how I stayed so lean on the road.

I was taking my boots off and I never looked up at him, I just said, ‘Stoley’s [Vodka] & M&M’s.’ He just walked away shaking his head.

We became friends because we’d be at the hotels in the morning, all the other guys would be flying in somewhere, or driving really late at night trying to get to the hotel.

Other guys would be going to bed if they flew in, or sleep in if they drove the night before to the next city, so he and I would be up really early having breakfast so we can carb up and get ready for our workout.

He would be across the restaurant, and I would be on the other side, and finally after a couple of months, we thought it was ridiculous so we merged and had breakfast together, went to the gym together, and up until this day we are the best of friends.

We really hit it off; we became business partners and best friends.”

On whether he prefers his era of wrestling over the current era: “No, I don’t. I loved wrestling back then, and I loved our era, but at the same time I do love the progression and how it has evolved into a complete global entity.

I loved my era, but I love what they are doing today with the Women’s division and the era we have today.”