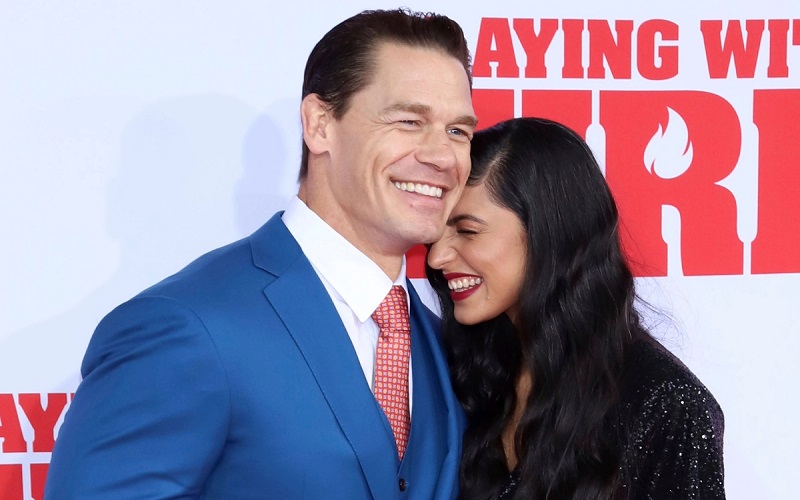 According to recent reports, John Cena fell in love with Shay Shariatzadeh the moment he laid his eye on her. The former WWE Champion instantly ‘knew’ he would marry the Canadian native, who he began dating in 2019.

John Cena and Shay Shariatzadeh got married in a private ceremony on October 12, 2020. Now, footage has gone viral where the couple can be seen taking selfies with their marriage license outside the Hillsborough County Courthouse in Tampa.

Hollywood life claims that the video was taken by WFLA on October 9, three days before the pair exchanged vows.

Shay attended the University of British Columbia from 2008 to 2013, earning a Bachelor’s Degree in Electrical and Electronics Engineering.

Since graduating, she’s remained an active alumni with the university’s mentorship program, where she “contributes to the future of engineering and technology by assisting the next generation of leaders,” according to her LinkedIn profile.

“I have always enjoyed math and physics,” she said in a 2019 interview for International Women’s Day posed to her former employer Avigilon’s website.

“My brother studied engineering in school, and I remember one day he came home with a project and it was an autonomous car — and that was it! I decided to study Engineering,” she added. While studying at UBC, she worked as a sales associate at lingerie store La Vie En Rose, followed by a stint at Guess.