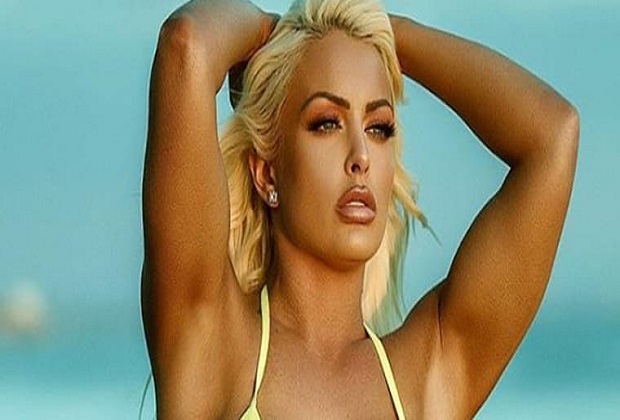 Dana Brooke has taken to Instagram to tell Mandy Rose that she should leave Dolph Ziggler and pursue a relationship with Otis instead.

Dolph Ziggler presses his finger against Rose’s nose and she replied, “Love when u do that! Boop!”

Dolph Ziggler took to Instagram recently to share a video of himself with Mandy Rose, whom he’s currently dating, much to the dismay of fellow superstar Otis.

However, another superstar who’s unhappy about the pair dating is Dana Brooke, who is Ziggler’s ex-girlfriend in real life.

In the video, Ziggler presses his finger against Rose’s nose and says “boop.” ” Rose replied, “Love when u do that! Boop!” Which according to Brooke, is one of “The Showoff’s” deceptively cute quirks that “he recycles with everyone.” She even admitted to falling for it when they were an item.

Brooke made her thoughts known in the comments section, where she told Rose to “leave the zero and get with the hero,” the latter of whom is Otis.

It’s unknown if there is any real-life friction between Brooke and Ziggler following their breakup, but the former’s latest comments could just be her way of adding more substance to life’s events.

The impression is Ziggler is a womanizing heel who manipulated Rose into choosing him over Otis. On one occasion, Ziggler received a text message from Rose, informing him that she was running late.

However, when Otis arrived at the restaurant later on, he found Rose already there and sharing a glass of champagne with Ziggler.

Brooke, who used to date Ziggler in real life, responded with a warning to Rose that the two-time Heavyweight Champion “recycles that on everyone” and she is “just as dumb for falling for it”.

Brooke also appears to have moved on from Ziggler. As documented by Ringside News, she has been romantically linked with WWE Hall of Famer Dave Bautista.

The pair reportedly went on a date in December of last year, with Brooke confirming that there was more to their flirting than some social media back and forth.

However, the current status of their relationship is unknown. If they are an item, then the two of them are keeping it close to the vest for now.