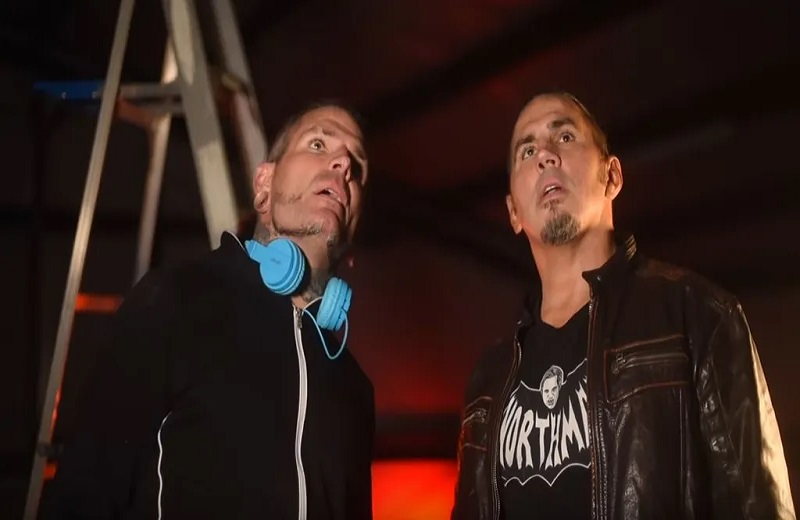 AEW star Matt Hardy was asked about his current role in working with younger talent in AEW. Matt Hardy credits the humble upbringing he and his brother, Jeff Hardy, received from their parents in giving him the right mindset to keep grounded and want to be a positive influence for the next generation of wrestlers.

“I think that was kind of bred in myself and my brother, that humility, the act of being humble, from our mother,” Hardy said. “We lost her at a very young age. She died of cancer when we were both very young. But we always remained humble, we stayed true to our core values and beliefs I think because of her. And our dad was a great dude.

He was an old-school southern man who’d get up at sunrise and work until sundown. He was a provider, he made sure that we had everything that we needed. My brother and I were able to attain contracts and achieve our dream of “being a professional wrestler and turn that into a career.

“Now I’ve been doing this, this is 29 years I’ve been doing this as a professional, and I’ve been doing it as a career for 25 years. Just the fact that I was a huge fan who loved this and was passionate about it and wanted to achieve this level of superstardom in pro wrestling, and was able to, I feel like the best thing I can do is keep my feet on the ground, stayed grounded and also help others, much like people helped me on the way up.

I would say that was the biggest influence, the guys who did help me, who were willing to help me. Michael P.S. Hayes, even like Stone Cold. He was great with myself and my brother. And there were several other guys who were willing to take time and help us. And I feel like, for me, it’s important to always give that back and help the next generation.”

The conversation then turned to Jeff Hardy, who will be a free agent early in 2022 following his release from WWE. Matt Hardy is fully onboard with a potential reunion of the Hardy Boys in AEW and believes that AEW President Tony Khan’s handling of the promotion has made it the perfect place for the Hardyz to have one final run.

“That would be fabulous,” Hardy said. “I know both of us have stated on quite a few occasions that we both want to end our careers the way we began our careers. And that is as a tag team. That was our dream, as two kids growing up, we wanted to be the tag team champions of the world, at least one time. Obviously we have very fortunately exceeded that many times over. But I think us teaming together and having one last run as a tag team would be amazing. And I couldn’t think of a better place to do it than All Elite Wrestling.