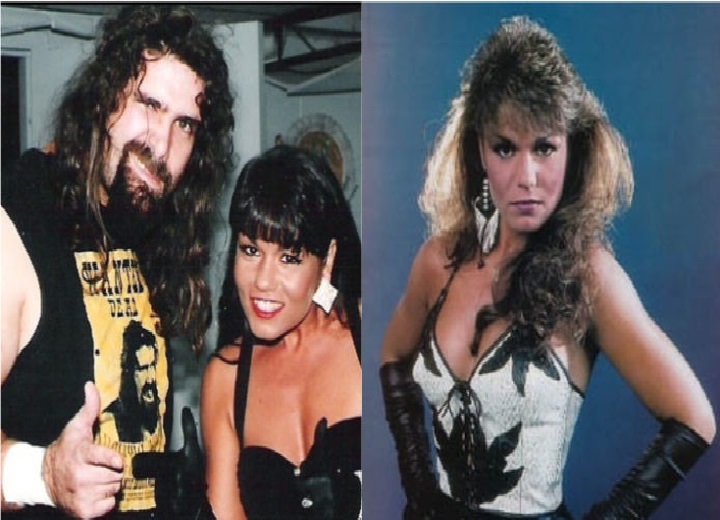 He took to Facebook and asked for wrestling fans to remember Nancy for her contributions to pro-wrestling rather than how she died.

“For the past thirteen years, Nancy Benoit’s life has been largely defined in the public eye by how she died. I think it’s about time we changed that way of thinking.

Wouldn’t it be nice if we could pause for a moment to remember instead, how she lived, how she worked, and to reflect on what her legacy in pro wrestling should be?” Foley asks in a recent Facebook post.

Foley would continue to say he believes Nancy should be inducted into the WWE Hall of Fame.

“I would love to see Nancy inducted into the WWE Hall of Fame,” Foley continued in his post.

Foley then mentioned several different periods of Nancy’s career that are Hall of Fame worthy. These included her time as Fallen Angel, as manager of the 4 Horsemen, and her run in ECW.

“Inducting Nancy Toffoloni into the WWE Hall of Fame is the right thing to do. Let us remember her, and define her for who she was and what she did in life,” Foley concluded in the post.

I have a post looking back at the career of Nancy Benoit. I hope you will make time to read it. She was a great performer – and an even better person. — Mick Foley (@RealMickFoley)