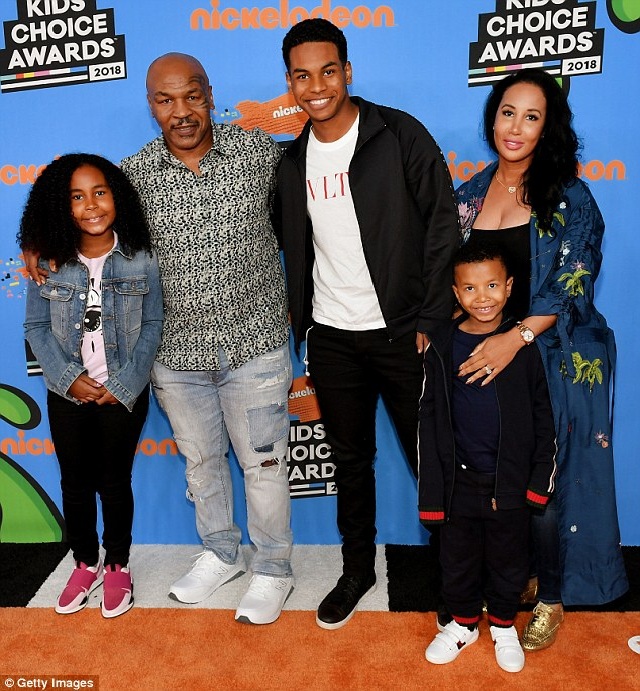 The Hotboxin’ podcast is a growing favorite among fans because of the diversity of guests from inside and outside the combat sports circle. Mike Tyson and Henry Cejudo recently spoke to actor and comedian Wayne Brady in the latest episode.

The trio talked about psychedelics for mental health, growing up in the hood, dealing with racism, corporal punishment, capital punishment, the pros and cons of doing the Toad, experiencing ego death, and much more.

In the episode, Henry Cejudo talked about how his mentor often wants to take his kids back to Mexico. He then asked Tyson if he would ever want to take his kids back to Brownsville to expose them to the conditions he grew up in. In response, the youngest heavyweight champion said that he does not want his kids to face the realities of life that he had to encounter

.“How do they witness that with him? Do they witness it by themselves? Do they engage with the dangers you engaged with, which they have no experience with?”

“I don’t want my kids meeting guys like me as a child,” said Mike Tyson.Mike Tyson did not have an easy childhood
Brownsville is a big part of ‘Iron’ Mike Tyson’s legacy and childhood. Growing up in that neighborhood was difficult for the youngest heavyweight champion. From a very young age, he involved himself in petty theft groups and had his first arrest for robbery at 12.

“I was always that guy in the corner snatching chains, picking pockets. I was just one of those kids since I was 11 years old. That’s who I was. That was my destiny. That’s all we knew was robbing people–sticking people up and robbing your mother’s boyfriend.

If they weren’t your friend, everyone else was a victim,” said Tyson.

Mike Tyson has talked about how his life and experiences in Brownsville molded him into a champion. Growing up, he saw people gain respect by robbing or causing damage to people within the community. ‘The Baddest Man On The Planet’, who saw fear as an effective tool for gaining control and winning, believes he translated that into his boxing career right from the get-go.

“This was my perspective. If somebody knew you were prepared to kill them, you had all the respect in the world. Isn’t that crazy? If you kill some people, you have respect. Brownsville was fear-based. That’s why I brought my life to the ring,” Tyson added.

Even at 55, Tyson still has a champion mindset and also still trains like a professional. He continues to inspire a new generation of athletes and all fans of boxing.