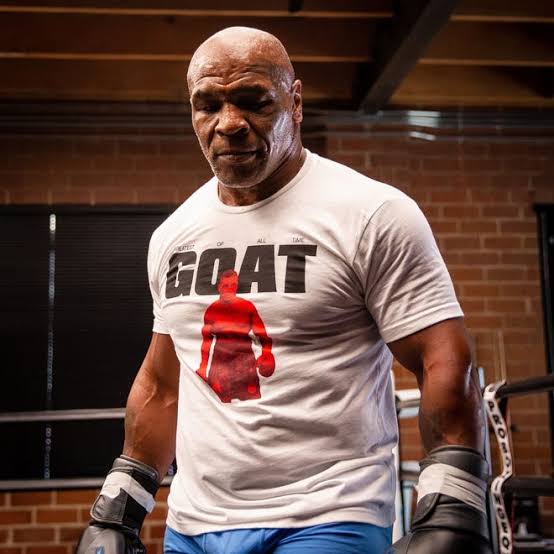 During a recent interview, Mike Tyson couldn’t wait to show off his 100-pound weight loss and ripped off his hoodie to flex his muscles.

Mike Tyson is ready to show off his impressive gym goals.

During an interview on Good Morning America on Monday, Nov. 23, the 54-year-old boxer was so excited to show off his amazing physique that he spontaneously took off his hoodie to reveal his bare chest.

“I became a vegan. My wife told me to get on a treadmill,” he explained. “I went from 15 minutes on the treadmill and ended at two hours.” He also spoke about how “difficult” it was to get to where he is now, but the former champ is no stranger to hard work.

“I had to lose 100 pounds,” Mike recalled. “But other than that I’ve always done this my whole career.”
Sasha Pieterse, DWTS, Weight Loss

This is the second time this month the boxer has received praise for his positive outlook.

During a Nov. 21 conversation with Central Ave, Dwyane Wade spoke highly about Mike and thanked him for supporting his 13-year-old daughter Zaya, who came out as transgender last year.

Is Serena Williams Retiring sooner? – Serena opens up a nearby future plan