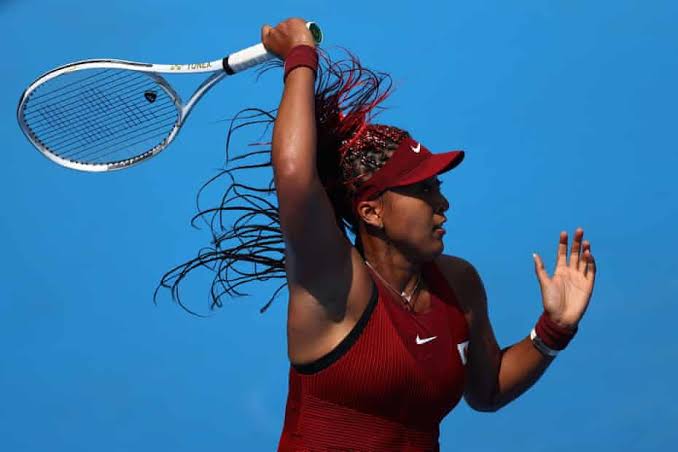 Most recently, Osaka has torn down beauty standards toward a more inclusive world. She recently graced the cover of the Sports Illustrated Swimsuit issue, making her the first female Asian athlete to do so.


ports Illustrated editor-in-chief MJ Day said there’s no question that Osaka is one of the best athletes globally, and the magazine wanted to honor the star athlete’s greatness. Day said:

The first photo showed Osaka sitting on the sand with lapping waves as her background. She wore a light green two-piece bikini with thin strings knotted at the middle of her toned abs.

To go with her stunning bikini and fresh-look makeup, she sported brown-colored oval earrings. Her thick, curly hair cascaded down to her left shoulders, covering half of her chest.

Fans and celebrities raved about her gorgeous photo, taken the past spring in Malibu, California. Former Miss Universe 2012 Olivia Culpo commented with a fire emoji while another chimed in and wrote, “Unmatched.

another look in the magazine’s second post, which featured three stunning photos. She dazzled in a high-cut vibrant yellow one-piece bikini with tiny buttons and a collar.

The daring swimwear featured a ribbon tied in front of her flat abdomen.

In another photo, she posed sideways in a nude-colored swimwear studded with silver details on the seams.

She looked sultry in a white crop t-shirt and white bikini bottom with stylish cuts in the next snap.

Osaka served an empowering look in SI’s third post featuring a picture and a short clip that showed her serving free-spirited looks. She exuded confidence in a one-shoulder black swimsuit.

It appeared to be leather and sheer fabric, which matched the athlete’s soft yet strong personality. She wore chandelier earrings made out of small tiny shells.

With all the ravishing swimsuits she wore and flaunted in the magazine, Osaka felt ecstatic and proud. The international tennis player even dedicated a separate post for it.

Osaka’s SI debut comes after she modeled for Frankies Bikinis, a Los Angeles-based swimwear brand. Modeling for the brand, she released her first swimwear collection in May 2021.

The tennis champion did not only conquer the world of fashion and sports; she also conquered Barbie’s world. She collaborated with Mattel in designing a doll that is named and modeled after her.

Making a doll after her is part of Mattel’s tribute to inspiring women around the world. Osaka hopes that every child will realize they can be anything they wanted to be through her doll

Before Osaka’s magazine covers and brand collaborations, she earlier shocked the public with her exit from the French Open and her decision to skip Wimbledon, a remarkable move she did to protect her mental health.

Some people described her behavior as “diva.” In response to criticisms, Osaka penned a moving piece on Time, stating: “It’s OK not to be okay, and you should talk about it, too.”

Although she skipped two of the most prestigious tennis tournaments, Osaka shared that she will be back in the tennis scene for the Tokyo Olympics, which will begin from July 24 until August 1.

Osaka, who will represent Japan at the Olympics, stated she has big dreams for her country and intends to bring home gold. She said this is her way of making an entire generation of young people proud.

AmoMama creates engaging, meaningful content for women. We collect and tell stories of people from all around the world.

We believe that every person’s story is important as it provides our community with an opportunity to feel a sense of belonging, share their hopes and dreams.

The tennis champion did not only conquer the world of fashion and sports; she also conquered Barbie’s world.

She collaborated with Mattel in designing a doll that is named and modeled after her.