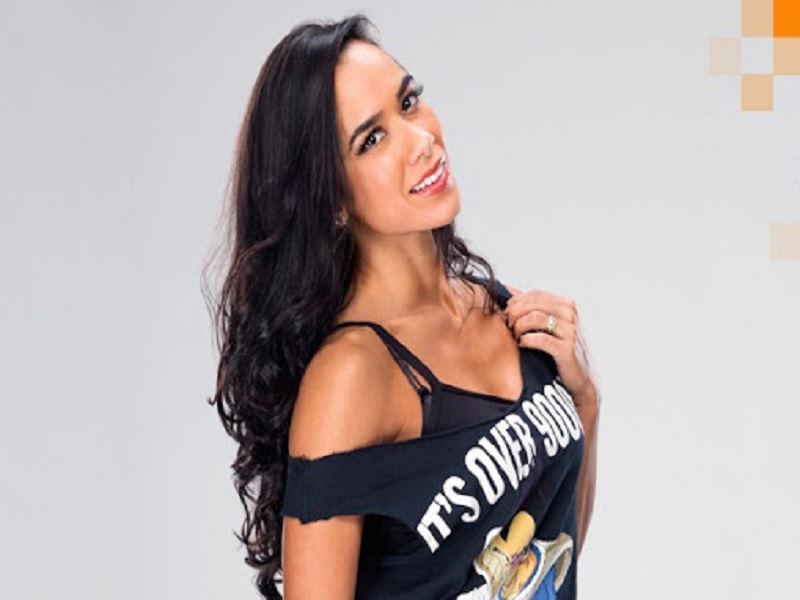 The whole thing began with former WWE Divas Champion Paige when multiple images and videos depicting her in highly sexual situations popped up online due to hackers.

After that, quite a number of WWE Women were also caught in the nude web as Charlotte Flair, Alexa Bliss, Summer Rae, Kaitlyn, Melina Perez, Victoria, and whatnot were not left out.

Hence, rumors began spreading that this scandal involved other women in the wrestling world, including her former rival.

It all began on March 17, 2017, when explicit photos and videos of Paige emerged online.

On the very same day, Paige said private photos belonging to her got stolen and shared without her consent.

“Personal and private photos of mine were stolen and unfortunately they were shared publicly without my consent,” she wrote on Twitter.

In the midst of the scandal, rumors spread that hackers had targeted other wrestlers and more material was forthcoming.

“There have been claims that others will follow,” Dave Meltzer wrote in his report on the scandal in the Wrestling Observer Newsletter.

“Private photos of mine were stolen and shared publicly without my consent,” Flair wrote on Twitter on May 4, 2017. “These images must be removed from the Internet immediately.”

The photos show Flair taking several nude selfies in front of a mirror with her cell phone — which got fitted with a WWE-branded case.

This naturally has fans wondering if Lee is one of the leak victims.

In September 2014, Meltzer reported in the Wrestling Observer Newsletter that A.J Lee was among the victims of a celebrity hacking scandal “that included the likes of Lady Gaga, Mila Kunis, Scarlett Johansson and Kaley Cuoco.”

A.J Lee herself addressed the controversy after a fan wrote to her on Twitter, “I HATE to Disappoint everyone in #WWE Universe the alleged @WWEAJLee #AJLee photo well the main 1 floating around is @LillyEvans_not AJ lol.”

“The note in last week’s issue about a nude photo of A.J. Lee leaking on the Internet was not correct,” Meltzer wrote. “It was a nude photo of a woman who greatly resembled A.J. Lee, similar face and same hairstyle clearly trying to look like her, but wasn’t her, so we apologize for the mistake.”

The purported photo has circulated on social media since 2013 and got labeled a look-a-like by the Twitter account that posted it first. The adult star in the photo, Lilly Evans, confirmed it as her when asked on Twitter.

Although Lee would not be labeled a classic sex symbol, she is among the provocative female wrestlers in WWE history. During her time in the company, the two-time Divas Champion often teased fans with her sexuality, such as wearing tight jean shorts that accentuated her ass. Naturally, this had wrestling fans wondering whether the New Jersey native would ever pose nude for Playboy.

In August 2012, Lee disappointed her legion of admirers by saying she’ll never get naked for Playboy.

Divas including Torrie Wilson and Sable used to appear annually in Playboy before WWE went PG and ended the relationship.

And Lee has categorically ruled out an appearance in the publication.

“I can barely wear a low-cut shirt. I’m prude and I think that’s what works for me — being very innocent and prudish.

“It’s gotten me pretty far and there are certain things that should be left to the imagination.

“Nothing wrong with it, but it’s not for me.”

In perhaps her sexiest match in WWE, Lee caused a stir on social media by teasing a wardrobe malfunction on a pre-taped episode of SmackDown in January 2013.

“If you need two words that aren’t ‘The Rock’ to convince you to watch Smackdown this week, here they are: wardrobe malfunction,” Lee wrote on Twitter.

Alongside Dolph Ziggler in a Couples vs. Couples Mixed Tag Team Match against Natalya and The Great Khali on January 11, 2013, Lee’s top accidentally rose to show her black bra and pushed up breasts.

She escalated things even further by sticking her tongue out and licking herself like a cat. Lee appeared to purposefully tease fans but then realized her breasts were out and pulled her top back down.

Related Topics:explicit photos and videos of Paige emerged onlineformer WWE Divas Champion Paige when multiple images and videos depicting her in highly sexual situations popped up online due to hackersHave nude photos of AJ Lee leaked online
Up Next