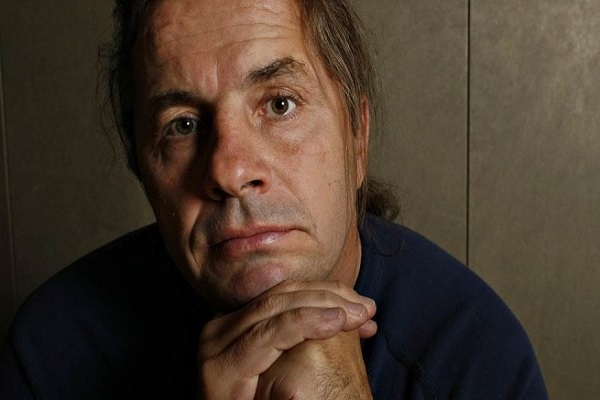 During the latest edition of his “Confessions of the Hitman” podcast, Bret Hart commented on the rumors that he was involved in a relationship with Tammy “Sunny” Sytch during the Attitude Era, and more. You can check out some highlights from the podcast below:

On the origin of the Sharpshooter: “Well, The Scorpion Deathlock was something I first saw in Japan. It’s a bit of an intricate, complicated wrestling move that I had seen done before and I’ve had guys put it on me. It’s pretty [similar] in a lot of ways to a Boston Crab, but it’s a different way of twisting your legs.

But anyway, when I really got launched as a singles competitor – a solo – Vince McMahon and Pat Patterson had a little meeting with me, and they said they wanted me to come up with a submission move.

And I’m not sure if I mentioned it, but we came up with a couple of different options of something I could do, and The Scorpion Deathlock came up and Vince asked, ‘can you put the Scorpion Deathlock on?’ I said, ‘well, I’d have to check into it, or look into it and see how it works and everything.’ So I told Vince I would go see if any of the other [pro] wrestlers knows how to put it on.”

On being shown how to do it by Konnan: “I went kind of to the dressing rooms and started checking with different guys, and you had to be a pretty knowledgeable wrestler to know how to put it on. I had it put on me lots of times but I never really put it on anyone ever. And anyway, I asked around and nobody knew.

And finally, I remember it was Konnan, a Mexican wrestler I knew later on in WCW, he goes, ‘I know how to put it on.’ So I said, ‘okay, show me how it works!’ And we went in the shower because we needed some space to put it on.

So anyway, he showed me and it was pretty simple. He showed it to me in the shower room, and I found Vince and I said, ‘okay, I know how to put it on.’ And the rest is history.”

On the story that his father taught him the move: “When Vince approved of it, we had to rename it, and I remember that I think I was the one that came up with The Sharpshooter [name].

And the funny thing about all that is they always think, the way the fans think of the history of it– ‘oh, Stu taught his son The Sharpshooter in the basement,’ kind of a thing.

I think Owen even played that same sort of storyline – that my dad taught all of us those kinds of things. He taught us a lot of stuff, but he didn’t teach me The Sharpshooter. But it’s funny that I learned it from Konnan of all people.”

On rumors he was involved with Sunny: “Probably the most ludicrous one is that same old one that comes up about Sunny all the time, which is kind of funny for me because I always got along well with not just Sunny, but all of the girls that were involved in [pro] wrestling.

The one where they talked about me having a relationship with Sunny, I almost kind of wished I did, but the fact of the matter is that I never did and there was never any truth to those rumors ever.

And I don’t know where they came from. I’ve never really been much bothered by that one. That’s probably the only one, to me, that really stands out.”

Hulk Hogan: “Andre the Giant was pissed off at me… We Don’t always see eye-to-eye”