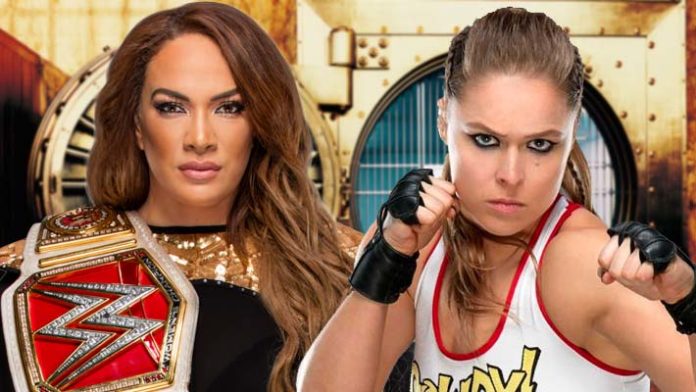 Nia Jax uses video of her botched move from WWE Raw to call out Ronda Rousey. Nia Jax is continuing to push for a chance to stand in the middle of the ring with Ronda Rousey.

Earlier this month, Ronda Rousey received criticism from fans and wrestlers over her fake fighting comments.

Shortly thereafter, Jax took to her official Twitter account to make it known that she can’t wait for Ronda Rousey to make a WWE return so she can knock her out for real.

It should be noted that WWE currently has no plans to bring Rousey back to TV anytime soon. She hasn’t been seen on WWE programming since WrestleMania 35 in 2019.

Jax found herself in the middle of her own controversy after having a match where she beat Kairi Sane on Monday’s episode of Raw. Jax was heavily criticized by fans on social media over how rough she was with Sane.

In particular, a spot where Jax tossed Sane into the corner and Sane hit her head. Thus, in response to the criticism, she called out Rousey.

Jax wrote, “Since @KairiSaneWWE can’t anything about it, maybe @RondaRousey would like to try #Samoan4Real.”