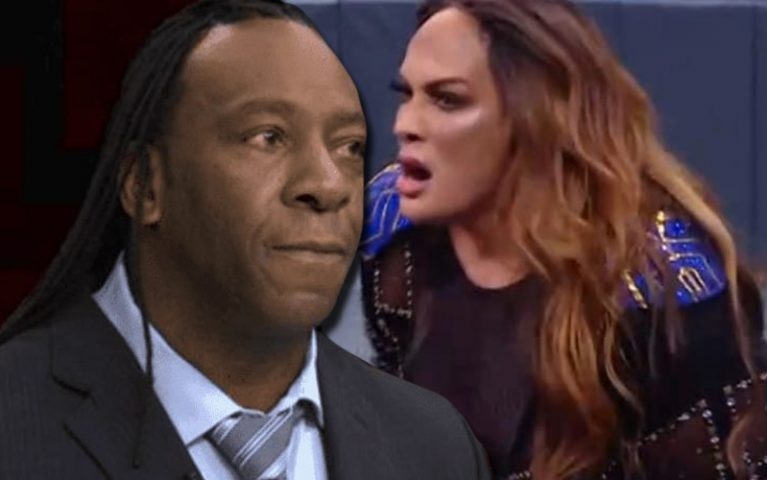 Nia Jax was last seen on the September 20th edition of Monday Night RAW where Shayna Baszler took her out. Many fans wondered when she would return to WWE television, but that will no longer happen as Jax was released by WWE recently.

“I love Nia, one of my favorite people, but the one thing with Nia was – instead of being a monster, she still wanted to be a Diva. And I think, you know, Awesome Kong, there are no frills there – ‘I’m coming to lay waste and leave havoc in the middle of this ring.’ That is something that I never really feltfrom Nia Jax and that is something I really wanted, a sort of beauty and the beast. That is what the title for me for Nia Jax would have been. And she would have been beastly in the ring, taking care of business.”

Nia Jax was one of the top Superstars on the main roster after she was called up back in 2016. Before that, she also had a good run on NXT as she faced off against top talents. It seems Booker T commented on the mistake Jax made in her career.

Nia Jax won titles as a simples competitor and tag team as well. On top of that, Jax gained a bad reputation for being an unsafe worker and having injured several of her peers over the years.