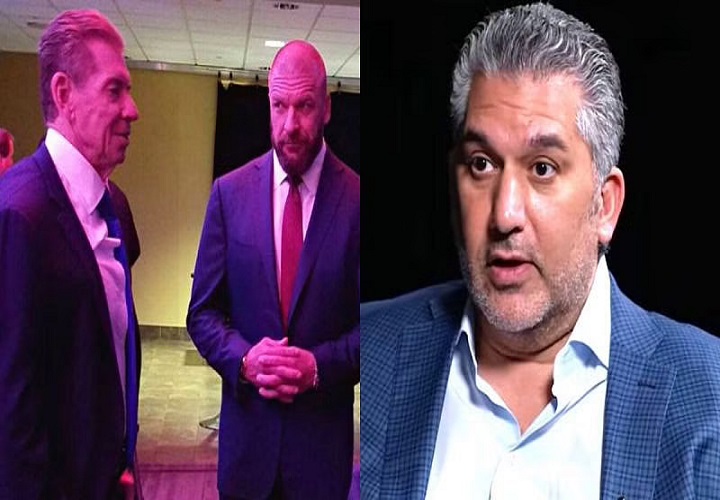 Dave Meltzer of the wrestling observer radio stated that WWE President Nick Khan is best placed to take over from Vince McMahon. Speaking on the Wrestling Observer Radio, he said:

“It’s kind of a board of directors thing, but you know, probably (Nick Khan replacing Vince McMahon), yeah. Unless they went and hired somebody else from the outside, but probably Nick Khan, yes.”

PWinsider have also stated that the WWE president is quite liked by Vince McMahon himself and by the staff he’s brought to the company to work under him.

Nick Khan’s impact has been immediate to the WWE. The promotion had long gathered the best performers from the independent scene over the years. However, Khan immediately gutted the roster and parted ways he did not believe were worth holding on to. He was also instrumental in WWE getting over $1 billion to move the WWE Network to Peacock under NBC’s guidance.x

It is clear that Khan’s aim is to maximise profits for the company at any cost. While that may displease some of the fans, it is clear that the board of directors are quite happy with the direction the WWE have gone in since his arrival.

With Shane McMahon appearing to keep himself from the promotion and Triple H not having the powers he once had, it is looking increasingly likely that Khan may eventually be the one to succeed Vince McMahon. But nothing is set in stone and only time will tell who will become the next CEO of WWE.

Vince McMahon bought WWE, then WWF, from his father in the early 80’s and transformed it into the biggest wrestling company in the world. He withstood the various lows in the wrestling business and was also at the helm during the greatest periods such as the Golden Age and Attitude Era!

He withstood the various lows in the wrestling business and was also at the helm during the greatest periods such as the Golden Age and Attitude Era! Vince is still at the helm of the now Billion Dollar promotion. However, at 76 it is unlikely he has many years left in him to contribute to the company. Fans have long wondered who will take over from him. Shane McMahon his son? or Triple his Son in Law? It seems, though, that there’s a third name in the mix, with better chance than the two.