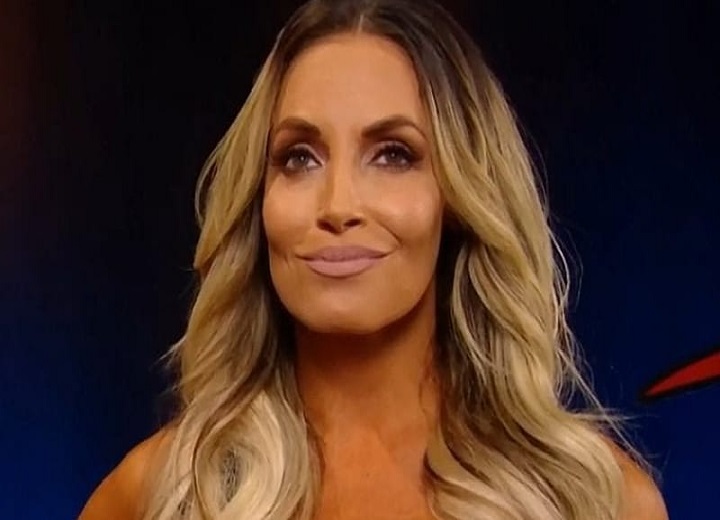 We thought we’d seen the last from Trish Stratus in WWE but it appears the Hall of Famer might have one more match left in her.

Trish posted a cryptic video to her Twitter on Wednesday (February 26) which showed a logo reading ’20 years of Stratusfaction’ and the date March 19.

— Trish Stratus (@trishstratuscom) February 26, 2020
But hidden in the video there was also a blink-and-you’ll-miss-it image of Trish facing off with Sasha Banks from the 2018 Royal Rumble.

As for the March 19 reference, there’s no WWE TV show on that date, but it was on March 19 2000 that Trish made her WWE debut on an episode of Sunday Night Heat.

Trish’s last match, which was billed as her retirement match, came at SummerSlam 2019 when she lost to Charlotte Flair.

Prior to that Trish made her first WWE in-ring appearance in nearly seven years when she was a surprise entrant in the first-ever Women’s Royal Rumble match in 2018.

She then went on to team with fellow Hall of Famer Lita to defeat Mickie James and Alicia Fox at WWE’s all-women’s event Evolution.

During her career Trish became a seven-time Women’s Champion as well as being named WWE’s Diva of the Decade. In 2013 she was inducted into the WWE Hall of Fame by Stephanie McMahon.

Since leaving WWE Trish has opened her own yoga studio and become a mum to two children, a son born in 2013 and a daughter born in 2017.