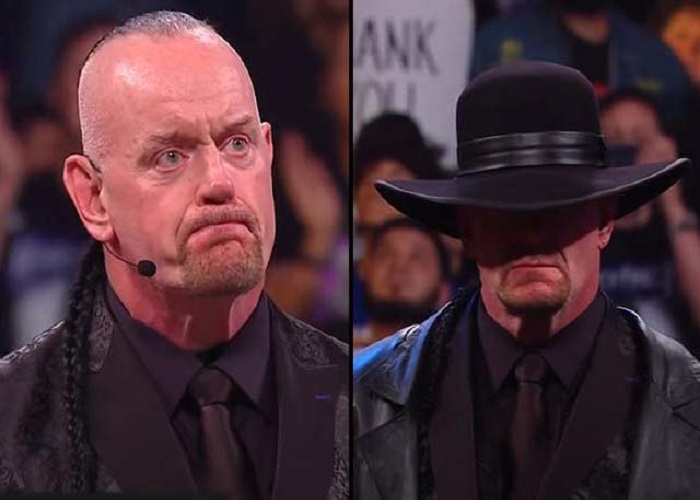 Mark Calaway is one of the most notorious World Wrestling Entertainment, Inc (WWE) wrestlers in the history of the professional wrestling promotion. For thirty years, Calaway has been known to fans as The Undertaker,

The night before WrestleMania 38, the 57-year-old Calaway addressed thousands of screaming fans in Dallas’ American Airlines Center during his WWE Hall of Fame induction ceremony.

“Tonight I am going to take you behind the curtain to meet the man under the black hat,” he said.

An emotional Calaway gave what some have called the greatest WWE Hall of Fame induction speech ever. The thousands in attendance thanked their beloved WWE superstar with a standing ovation and a serenade of “Thank You Taker,” “Undertaker,” and “You Deserve It” chants for over five minutes.

During Calaway’s nearly 45 minute speech, he thanked the fans, his parents, fellow wrestlers, and WWE management while imparting what he called three “mental signature moves” he lives by—in the hopes that one or all three would be a help someone in the audience.

Calaway told the crowd perception is reality, that respect and loyalty go a long way, and to never be content. But most powerful moment came when he talked about his family and the impact his wife had on his relationship with Jesus.

The father of four talked about his 9-year-old daughter who was in attendance, sitting next to her mother, Michelle McCool. “Sweet Kaia Faith,” the large, tenderhearted wrestler said, “you are blessed with so many gifts. You have a beautiful heart, a love of God, athleticism, humor—I asked her what she wanted me to tell the world about you? Without skipping a beat she goes, ‘I don’t care what the world thinks about me, daddy.’”

Calaway looked at his daughter and called her “baby girl” while telling her that he hopes that never changes, because “you’re perfect just the way you are.”

“To my beautiful wife, Michelle,” Calaway said as he held back tears, “she is my rock. She is the foundation our family is built on. You made me want to be a better man and a husband just when I’m near you.”

McCool is also a former WWE wrestler. When she first joined the organization, she wanted nothing to do with The Undertaker. “There [were] two people she didn’t want to meet,” Calaway said. “Kane and The Undertaker. I think with Kane, it was because he is so big and scary. Now me on the other hand—I think it was the long hair, the tattoos, and somewhat bad reputation. She would come to find out that Kane was probably the nicest man that she’s ever met, and she married me.” Calaway joked that after a long, exhausting chase, she “finally had to say yes.”