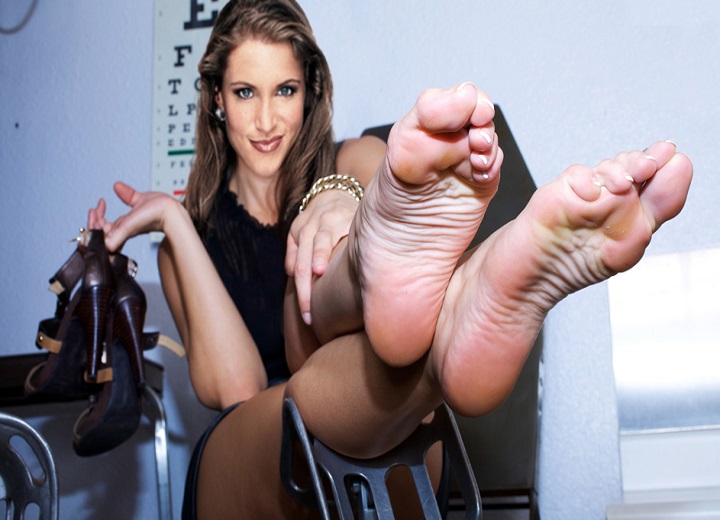 The WWE wall is currently vibrating as hackers released yet another Diva’s nude photos online.

Yes a former WWE Divas Champion is feared to be the latest victim of hackers after her explicit photos were leaked a few days ago.

Images claiming to be of Maryse show the stunning blonde topless and wearing nothing more than her knickers.

Maryse was Nikki Bella’s opponent in the last WrestleMania show has been dragged into the mess of current and former WWE women who have had intimate photos shared online.

That said, when that of WWE Diva Paige was leaked, words came forth that more nude photos of celebrities, WWE divas alike would be released subsequently, but everyone thought it to be a joke. But now, the number is just increasing by the day.

Naked video of Paige performing a sex act was widely shared all over the internet, Current superstar Charlotte Flair, as well as former WWE performers Melina, Maria and Victoria have all been victims of this under the weather act.

Before joining the WWE, Maryse had a successful modelling career and posed for Playboy.

Maryse is yet to confirm if he is the woman pictured.

We bring you more updates soon.

Related Topics:WWE Divas Champion
Up Next

Sting says, “Stone Cold Steve Austin and few others told him “Don’t Do It”