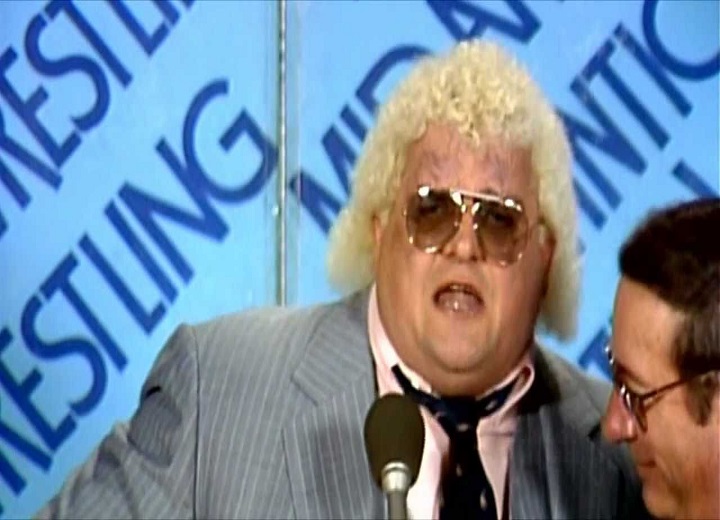 NWA legend has admitted he wouldn’t have become a phenomenon if it weren’t for guys like Ray Stevens and Dusty Rhodes. Flair attributes his long-time success towards Rhodes specifically and says that he would definitely put him on his Mount Rushmore.

There’s no doubt that Ric Flair has had a marvelous and decorated career. In 2008, Flair had two back-to-back accolades occur: his retirement celebration and his Hall of Fame induction.

Though it’s been 12 years since his retirement, Flair says that celebration was the most magical thing to happen in his career.

“First of all, I had no idea it would be like that,” Flair stated on WWE’s The Bump. “It was a once in a lifetime experience. I watch professional sports all the time, you know, the NBA Hall of Fame, but I feel like that is the greatest experience anyone could ever have in sports. I’ve never seen anything like that.

“I sincerely did not expect it to be that special, but it was magic. I’ve never seen anything like it.”

Over the years, Flair has mentioned how influential Vince McMahon has been towards his career. During his interview, he discussed his 2008 match with The CEO, and how that idea came to be.

“He called me one day and said, ‘Hey, it’s time.’ I said, ‘Time for what? Time for me to sign a new contract?'” Flair chuckled. “He said that he had a hell of an idea. He has been a mentor to me in more ways than you guys could ever know.

“Snoop was at that Hall of Fame [I was inducted in] at WrestleMania 24. I talked to Snoop a lot that day. He goes, ‘You have no idea how you affected my life.’ We’ve become brothers,” Flair said with a smile.

While Flair takes some credit, he admits he wouldn’t have become a phenomenon if it weren’t for guys like Ray Stevens and Dusty Rhodes.

Flair attributes his long-time success towards Rhodes specifically and says that he would definitely put him on his Mount Rushmore.

“At the same time, I took from guys and copied the same stuff that they were doing when I started, too,” Flair admitted. “I always give those guys credit – Ray Stevens and Dusty Rhodes.

I thought the world of ‘The American Dream.’ Man, Dusty was it. That was a 20-year rivalry. Every night, blood, guts and cage matches. He was a genius and phenomenal talent.

“They always talk about these Mount Rushmores and all that. If you take down Rushmore of greats, you put Vince McMahon and Dusty Rhodes on it. I don’t know who number 3 or 4 is.”