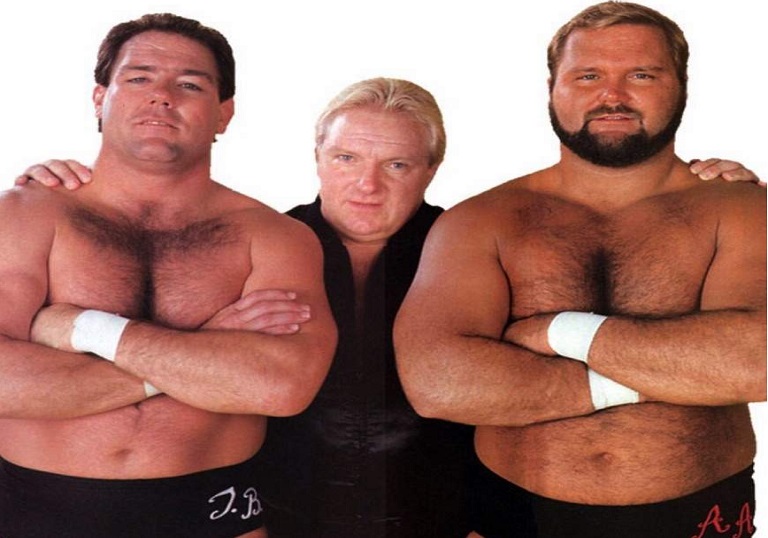 Tully Blanchard is best known for being part of the original version of the Four Horsemen in NWA. There have been many attempts by various promotions to recreate the magic of the Horsemen with subsequent stables, but none of them have matched the legacy the Horsemen left behind.

Blanchard talked to our Andy Malnoske where he was asked if there will ever be another wrestling stable like the Four Horsemen.

“No. They don’t know how to make [a stable] without making it sound dumb or anything,” said Blanchard. “If it could have been duplicated, it would have been resurrected as bad as WCW tried to make it happen without me. They almost did, but if you have the recipe for something that works, you can’t change the ingredients.”

Blanchard said WCW tried different iterations of the Horsemen with every star imaginable, but it never worked.

The Horsemen weren’t so much a gimmick, as the wrestlers within the group lived their everyday lives the same way as they talked about in promos.

“What you saw on TV was what you saw at the nightclub or breakfast the next day. You saw a group of guys get off an airplane, go to the gym, take care of business and go out with the pretty girls,” stated Blanchard.

Blanchard then told a story about being at an airport hotel bar in Jacksonville, Florida and some drunk cowboy stumbled in. The Road Warriors were also at that bar and the drunk decided to pick a fight with them instead of Blanchard who was much smaller.

“It was entertaining. It was some drunk and he goes and picks on the 330 pound guy that could squash you. It never failed – that kind of stuff,” said Blanchard.

In 1988 Tully Blanchard and Arn Anderson left NWA and went to WWE where they became the Brain Busters. Many think this is when Blanchard’s career started to decline, but he only looks at the positives of the move.

“I don’t look at stuff like that,” admitted Blanchard. “If we had never went to the WWF, we would have never been on the main event in Madison Square Garden. It was very rewarding to be on those things.”

The plan was for he and Arn Anderson to return to WCW, and Arn did, but Tully Blanchard never returned as a full-time competitor due to getting suspended from WWE for a failed drug test.

Earl Hebner Says “I don’t want nothing to do with Vince McMahon, period”

“[Ric] Flair calls me and says WCW found out about the drug test and reneged on the deal. So WCW didn’t hire me back trying to save money and probably the biggest regret I had in my life,” revealed Blanchard. “I didn’t mind paying the consequences for my own actions, but Arn got penalized because of my actions and it cost him and his family money. That says a lot about WCW as a company and it should never have happened.”

Had Blanchard made his way back to WCW, he says that reforming the Four Horsemen would have been a huge deal.

“It would have been humongous because you had the same chemistry, but they saw fit to not hire me back,” stated Blanchard. “When Flair called me that night at 1:00 in the morning, I hung up and I panicked and wondered, ‘What the stink am I gonna do?’ I can’t work in either place now… and at 35 years old I’d never been unemployed.”

It was then where Blanchard became a born-again Christian, turned his life around and eventually ended up in the American Wrestling Association in Minnesota.

Arn Anderson was recently released from his producer role with WWE and Blanchard says he tried reaching out to his former tag partner.

“I tried to talk to Arn a couple of days ago when I was in Charlotte… and he was at a Comic Con signing autographs. He couldn’t really hear me so we have not talked about it. So I don’t know anything more than he’s not there anymore,” said Blanchard.