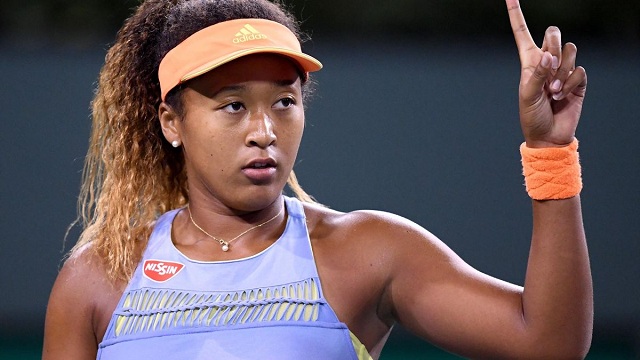 This year’s Tokyo Summer Olympics have seen plenty of references to the world of anime, not just from the ceremony itself but from countless athletes that have been paying homage to the likes of Dragon Ball, One Piece, and a number of other series, and it seems that Olympic athlete Naomi Osaka has shared her love of the world of Konoha with an original sketch by Masashi Kishimoto.

With Kishimoto, the mangaka who created Naruto, currently returning to his beloved franchise as a writer of Boruto: Naruto Next Generation, the artist was able to take time out to imagine Osaka as a Hidden Leaf ninja.

Osaka had a major role in the Tokyo Summer Olympic games, not just by representing Japan during the event, but also by lighting the Olympic Cauldron during the opening ceremony. While Naomi was ranked number two in the world going into the Olympics, she, unfortunately, lost during the third round of her matches, stopping her from winning the gold.

However, Osaka has taken her loss in stride and has recently taken to Instagram to not only share her personal photos during some of her matches but also her love of the Shonen franchise that is easily one of the most popular anime properties in the world today.

Naomi Osaka shared the official sketch by Kishimoto that shows the ninja version of herself standing alongside the likes of Naruto and Sakura, while also humorously pointing out that her documentary on Netflix stands alongside the likes of Record of Ragnarok, The Seven Deadly Sins, and One Piece to name a few:

Naruto’s anime is currently telling the story of the next generation of Konoha, with Boruto and the new Team 7 attempting to stop the march of the Kara Organization that is seeking to continue what the Akatsuki had started so many years ago. With the Vessel Arc introducing the long-awaited arrival of Kawaki, some major changes are coming to the world of the Hidden Leaf and fans need to get ready for some major casualties.

What do you think of this adorable crossover sketch between Naomi Osaka and the world of Naruto? Feel free to let us know in the comments or hit me up directly on Twitter @EVComedy to talk all things comics, anime, and the world of the Hidden Leaf Village.

Huge Update: Richard Williams has issued power of attorney to his 45-year-old