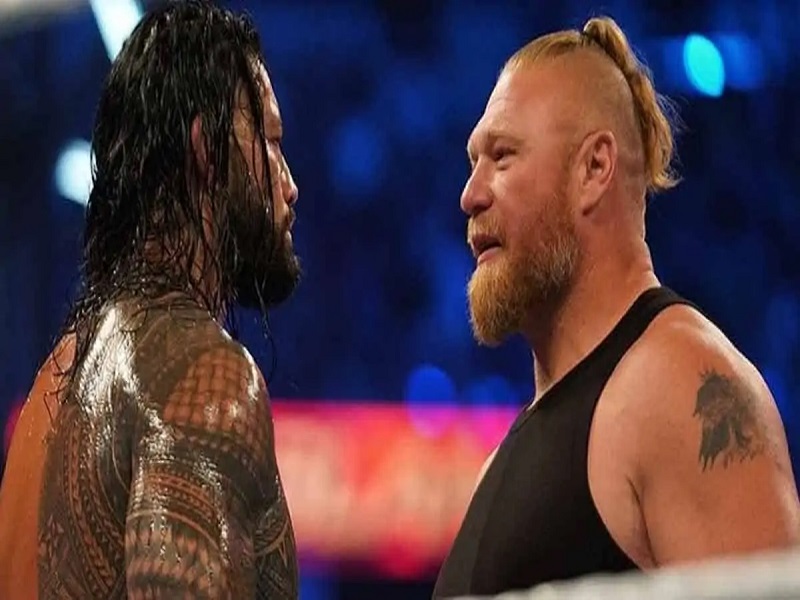 The week has been truly awesome for all pro-wrestling fans. CM Punk, Becky Lynch and now, Brock Lesnar – three of the biggest names have returned. And the most unexpected one is definitely the beast incarnate.

Brock made a surprise return at Summerslam 2021. It was really a shocker as many insiders were stating that the beast is yet to sign a deal with WWE. It has definitely worked a big time as fans are going crazy by making speculations about his future bookings.

For the unversed, Roman Reigns and John Cena had a Universal Championship fight. ‘Head of the table’ maintained his dominance by defeating Cena in a nail-biting thriller. However, making all of us jumping off our couches, Brock Lesnar’s bada** theme hit the titantron. Brock looked truly epic in a new Viking hairstyle and beard.

Brock Lesnar confronted Roman Reigns inside the ring, thus putting himself in a title shot. Now, fans are calling Brock’s new avatar a babyface turn, and are damn excited to see him in action against heel Roman.

Below are fans’ reactions:

Brock Lesnar is back, GIVE ME WHAT I WANT WWE! #SummerSlam pic.twitter.com/gjA2KuuZMs

Anyone else looking forward to the Paul Heyman on a pole match? #SummerSlam pic.twitter.com/JCLNZw8eWu