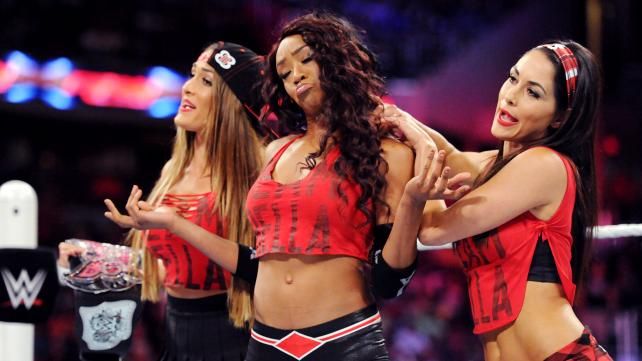 Former WWE Superstar Ashley Massaro has passed away at the age of 39, according to The Blast.

Massaro reportedly passed away today but details of her death have not been announced.

Former WWE wrestler Ashley Massaro has passed away, and the circumstances surrounding her death are currently unclear.

The Suffolk County Medical Examiner in New York told The Blast that Massaro passed on Thursday and was brought to the medical examiner’s office. Her death is currently under investigation by that office.

Law enforcement sources tell us a “rescue call” came in at 5:23 AM to her home in Smithtown and was transported to a local hospital, where she passed away.

We are saddened to learn of the tragic death of former WWE Superstar Ashley Massaro. She performed in WWE from 2005-2008 and was beloved by her fellow Superstars and fans around the world. WWE offers its condolences to Ashley’s family and friends.

According to the dispatch audio, obtained by The Blast, officials initially responded to an unconscious female and administered CPR on the way to the hospital.

Massaro won the 2005 WWE RAW Divas Search and went on to sign with the company. She was with WWE until July 2008 but made just a few wrestling appearances since then. She had announced in March of this year that she was making a return to wrestling.

Massaro would have turned 40 on May 26. She leaves behind a daughter.