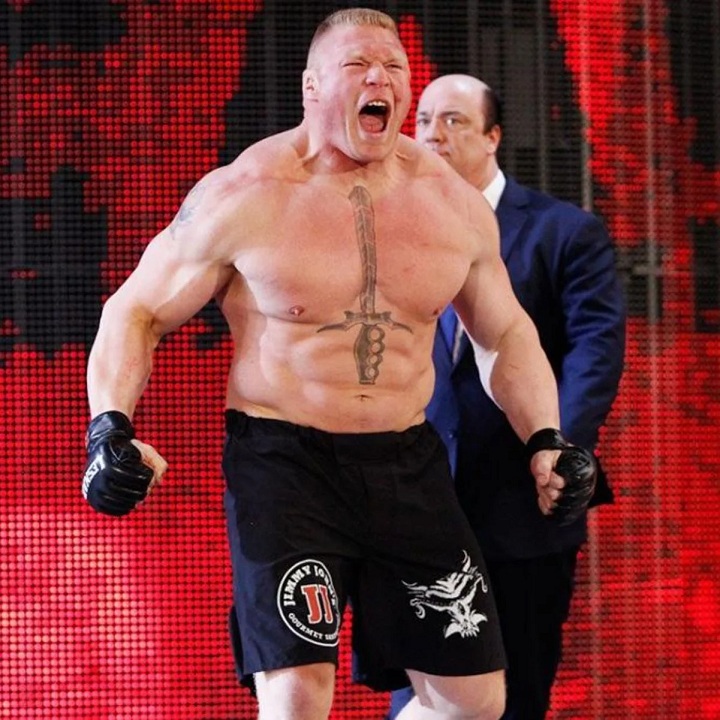 Over the past few months, rumors of Brock Lesnar’s possible return to the UFC had intensified. A tempting prospect, but one that Paul Heyman doesn’t seem convinced of at all. “I want to set the record straight: only Brock Lesnar is able to know what is best for his future. If one day he were to say that he would like to go and play football with Lionel Messi, I would not be surprised. As for his possible return to the UFC, I have more doubts. He has nothing more to prove in mixed martial arts.

At this point in his career, WWE allows him to earn a lot more money” – Paul Heyman explained. Paul revealed the differences between Lesnar and Reigns: “Both of the WWE Universe only gave proper credit for some of the work they did. For a long time, they had to deal with people’s hostility. Roman has set out to challenge himself and accomplish feats that will make most of the WWE Hall of Famers pale.

Watch carefully what will happen in the coming weeks and months”. At SummerSlam, Roman Reigns overcame 16-time World Champion John Cena in a hard-fought matchup, only to be surprised by the sudden reemergence of The Beast.

Brock Lesnar subsequently returned to SmackDown where he ordered his one-time Advocate Paul Heyman, turned Special Counsel to Reigns, to accept his challenge for a match against the dominant titleholder. WWE has protected Balor’s “Demon” persona over the last several years. While most don’t expect a title change, stranger things have happened.