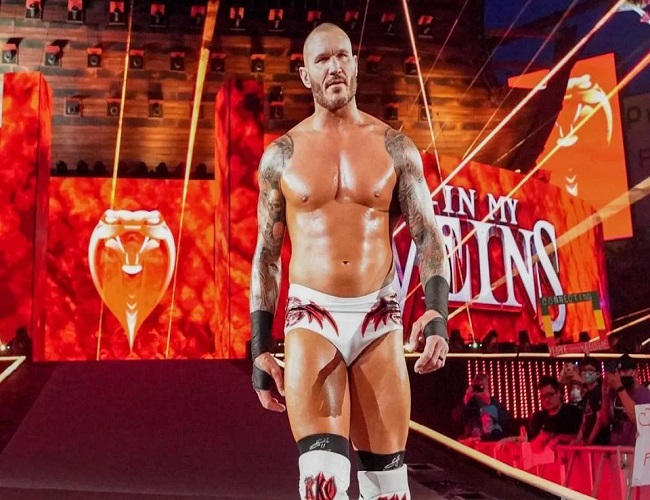 A long career in the professional wrestling industry is sometimes hard to come by due to the on-going demand a wrestler’s body takes during it. The older a sports entertainer gets, the harder it is to continue to be as close to their prime as possible.

One man who doesn’t seem to be stopping anytime soon is Randy Orton. The 14-time world champion has been an ever-present member of the WWE since his debut in 2002.

The thought of him hanging up his boots and not hitting an RKO out of nowhere is a very sad one, but one day that will be the case.

Speaking recently on The Kurt Angle Show, Orton revealed he’ll know when to call it a day once his wife Kim thinks he can no longer be The Apex Predator the fans know and love.

“My big thing and my wife Kim has promised me, that if she looks at me and she thinks I’m becoming a parody of myself or if I’m unable to do the things that the fans need to be able to physically see me do in order to believe that an RKO still has as much sting as it once did. If I can’t do all of those things, she’s promised me that she’s going to let me know that it’s time to hang up the boots.

““Until then, I’m putting my trust in her and I’m just going to enjoy what I do.”

The Viper went on to mention that he aspires to be like Ric Flair in his later years, someone who can return to the WWE at any time and appreciates the product for what it is now.

“If Charlotte wasn’t there, he would’ve been there anyway. I like that attitude, I like that he looks at this industry, not even just at Vince and WWE, but at professional wrestling as a whole and he can say it’s made me happy and it’s given me so much and I’ve made so many other people happy and feel some kind of way because of what he did in the ring. I want to feel like that too.”