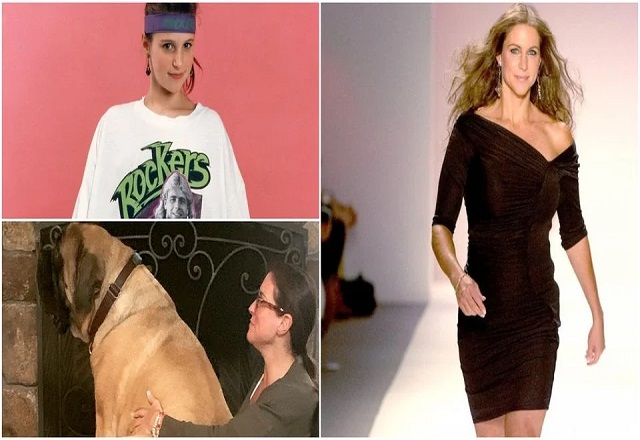 Stephanie McMahon is someone that has grown up within the wrestling business, making a name for herself within WWE. She has thrived as an on-screen authority figure, while also taking up corporate roles behind the scenes. However, she is a very private person, and for the most part, fans only see that version of her.

This is often a cold, heel character, and that is not always the reality when it comes to her life. Stephanie is often praised by other wrestlers for being completely different from the gimmick that is pushed. These types of images help provide a different glimpse of who she is.

WWE is always working with different brands in order to earn money via sponsorships. The company often has to do things to promote that, which is what is taking place here. A young Stephanie McMahon was putting the work in to help the company push this partnership.

She and Mick Foley going put to put in the work is a rare shot that fans have likely never seen before. It highlights the hard work that she puts in, as well as the fact she’s able to have in the role, which is obviously taking place here.

However, this side of Stephanie McMahon isn’t often seen. Yet even though she is not a professional wrestler by nature, Steph has always stayed in fantastic shape over the years. That’s something that comes through the hard work she has put in over the years.

On television, Stephanie McMahon is often playing a top heel that fans are not supposed to like. Because of that, her genuine love of dogs is something that the company isn’t going to bring up. However, she and Triple H are pet owners, and that is something she’s very proud of.

This is a side of Stephanie that not a lot of people will have seen or expected. However, it gives a glimpse into what she is like as a real person behind the scenes and away from the glitz and glamor of television.

Vince McMahon might have given his children great jobs in WWE, helping them become incredibly rich. However, he has made both of them work for that, earning their stripes. Shane was busy working as a referee at times, while Stephanie appeared in WWE’s magazine as a model. When she was growing up, a young Stephanie could often be seen modeling the different shirts that the company was producing at that time. It showcases how dedicated she has been to WWE, taking up countless roles over her life.

Stephanie has often praised Andre, having only good things to say about the legendary talent. He was always looking out for her, and this type of picture highlights the connection that they had as Stephanie was a child.

On-screen, Stephanie McMahon and Shane McMahon have often been pushed as rivals who do not get along. Sibling competition has been the key to their characters for many years. Therefore, this shot of them before WrestleMania is something that highlights a different side to Steph.

Here, she’s snuggled up into her brother, with the two of them having a genuinely happy moment together. It showcases the fact that in reality, they are very close, which goes against their on-screen portrayals.

Related Topics:Stephanie McMahon
Up Next

Steve Austin Reportedly In “Fantastic Shape” Ahead Of WrestleMania 38