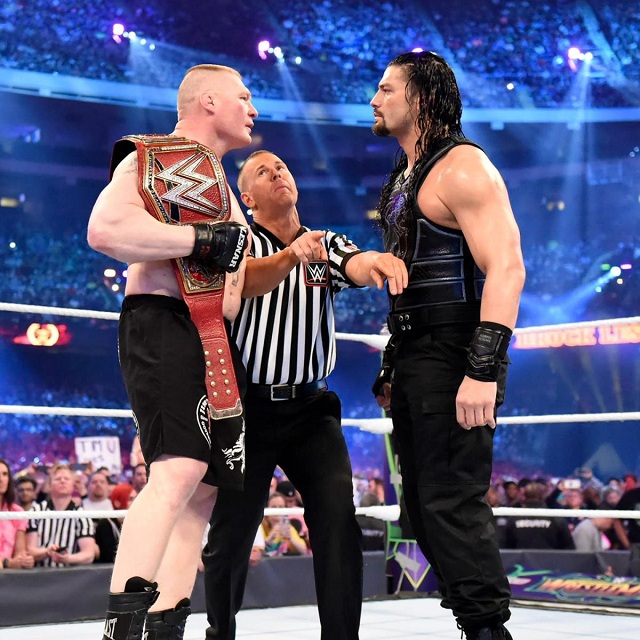 The WWE’s original plan was to have Brock Lesnar and WWE Universal champion Roman Reigns face off at a WrestleMania main event in 2023, per Dave Meltzer of Wrestling Observer Radio (h/t Jason Ounpraseuth of Wrestling Inc.), with Reigns and The Rock battling at the 2022 WrestleMania in Dallas.

It appears that WWE has changed course, however, after Lesnar confronted the champ following his title defense against John Cena at SummerSlam on Saturday evening.

Per Ounpraseuth, Meltzer reported that Reigns vs. Lesnar is being bumped to 2021, and the faceoff will “most likely” take place at Crown Jewel in October from Saudi Arabia or Survivor Series in November from Brooklyn, New York.

Lesnar made his long-awaited return to the WWE ring after Reigns defeated Cena to retain his belt.

The two engaged in a staredown as the event drew to a close.

Lesnar last appeared in the WWE ring at WrestleMania 36 in April 2020, when he lost his WWE Championship to Drew McIntyre.

Now, it appears he’ll get a chance to win the WWE’s other top men’s championship belt, which Reigns has held for 356 days.

Listen to Ring Rust Radio for all of the hot wrestling topics. Catch the latest episode in the player below (warning: some language NSFW).