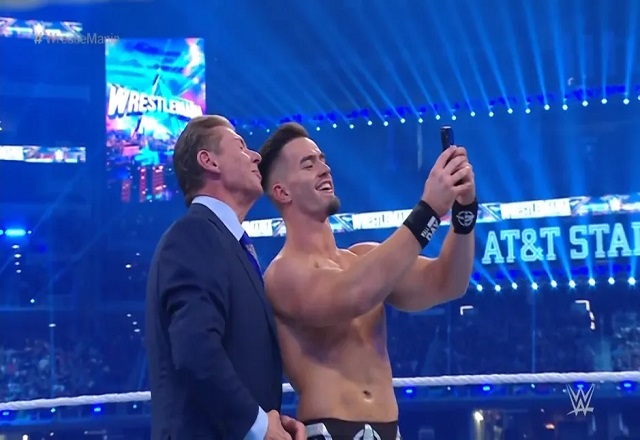 In April 2020, Thorne and Theory were both called up to the RAW roster for a brief period. While Thorne was in a tag team with Duke Hudson (FKA Brendan Vink), Theory was in a stable with Andrade, Angel Garza & Zelina Vega, and later with Buddy Murphy & Seth Rollins. One can presume McMahon mixed up Theory and Thorne during their brief stint on the main roster. Thorne didn’t go into the specifics of how McMahon confused the two wrestlers.

Austin Theory lost to Pat McAfee in a singles match on WrestleMania Sunday. Shortly thereafter, Vince McMahon defeated McAfee in an impromptu match. You can see Thorne and Yim’s tweets below.

Jeff Hardy responds to the question, ‘how big is Batista’s d–k?’