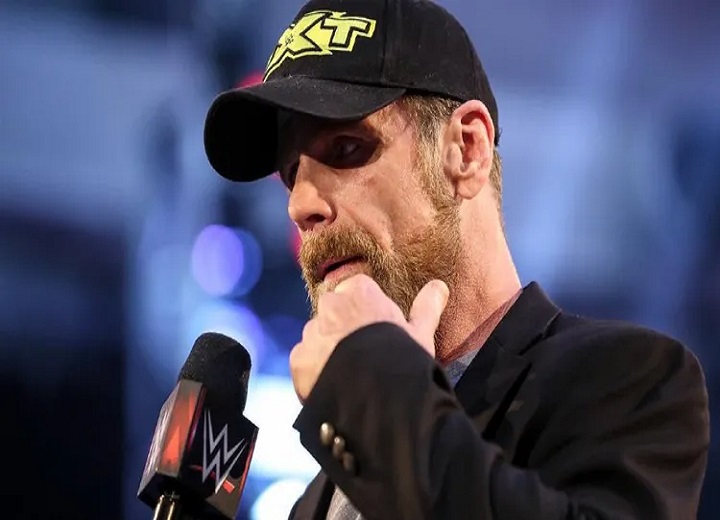 Johnny Gargano became synonymous with NXT’s Black and Gold era during his time with WWE, and that’s what made his farewell to NXT hit so hard for longtime fans.

It was also quite emotional for Gargano during that promo, but in the newest episode of The Sessions with Renee Paquette, Gargano revealed that he was already rather emotional before he ever stepped into the ring. That’s because shortly before he came out to deliver that promo he and Candice LeRae shared a heartfelt moment with Shawn Michaels backstage that left both Gargano and Michaels crying, and the origins of that moment traced back to In Your House: TakeOver.

“I did like tribute gear to him at the In Your House: TakeOver,” Gargano said. “And I had a headband and no one in the world has a piece of the TakeOver gear I’ve worn so me and Candice the night before did a little shadow box and we did the shadow box with the headband in it and we put a picture of me and him dressed in gear and then me and him when I was a kid and I met him.”

“Side by side pictures. Then I wrote a nice message on the back as well about how much he meant to me and how much he’s meant to my career,” Gargano said. “I was to give that to him right before I went through the curtain. Obviously, he started crying, I started crying, and then it’s funny because Candice has never seen me cry so that was kind of like the first time she had ever seen me cry. She was very adamant that if I didn’t cry when the baby was born, I was going to be in big trouble.”

As for his NXT farewell, Gargano loved that he had the opportunity to say goodbye, but it was more about the people he was saying goodbye to as opposed to the place itself. “To be able to do that and have that moment, I wasn’t going to miss the place, I was going to miss the people,” Gargano said.

“In wrestling, it’s a weird thing where we all still live in Orlando but you don’t see people anymore, you don’t see them anymore and that was the hardest part with the way I saw NXT going with Adam [Cole] leaving, Kyle [O’Reilly] contract coming up and everyone out the door. We were around these people for so long and then you look around the locker room and all your friends are gone. It affects you, it hurts you because now you’re not seeing your friends anymore on a daily basis, it makes you sad,” Gargano said.

“At that point, I felt like I don’t know, I got a chance to tell my story and end it the right way and also leave on great terms to where whatever happens in the future happens but I can take this time now to be around Candice, to be around Quill, enjoy dad life for a little bit. It’s just funny how things work out to where I was able to kind of time that out, it was not on purpose, definitely not on purpose but I think everything happens for a reason and it gave me a great opportunity,” Gargano said.