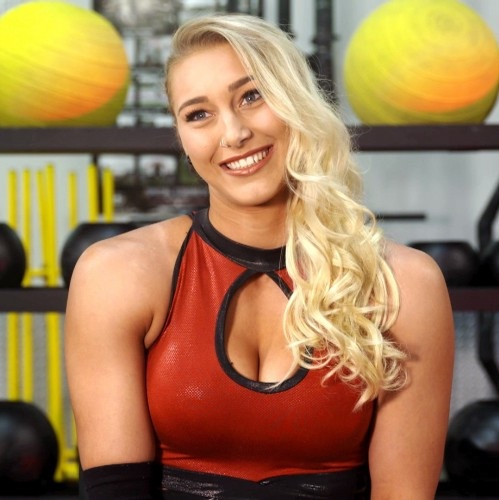 This week may very well be one of the most exciting in wrestling history, but one of the more heartwarming stories of the week has to be NXT Superstar Rhea Ripley confirming her relationship with fellow wrestler Demetri Action Jackson.

The former WWE NXT United Kingdom Women’s Champion took to Twitter tonight to share an intimate image of herself and Jackson, with the caption, “The one that keeps me sane”.

Jackson himself then responded to the tweet, saying “Action approves. Love you moshpit kid.”

Jackson would then double down on the cute posts, sharing an image of an intimidating looking Rhea from a shoot in her ring gear, side-by-side with an image of himself mocking her pose – but he did save it by saying “Love this woman with all my heart.”

She post the serious pics, I just post the funny ones. Love this woman with all my heart 🖤👹 pic.twitter.com/aZPiDU1rv8

While the couple’s relationship hasn’t been the world’s best kept secret with eagle-eyed fans spotting the pair tagging each other and interacting on social media, they’ve never been so forthcoming as tonight’s posts, with the NXT Superstar and Jackson seemingly both deciding to go public with their relationship.

Back in August, though, WWE’s Mia Yim mocked Ripley’s post about arm-wrestling with her beau when she posted her very own take on it, mocking the pair – to which Demetri Action Jackson posted a screencap on Twitter.

Meanwhile, Ripley’s in-ring career looks to be every bit as positive as her love life right now.

Having dominated NXT UK across the pond, Ripley has recently made her mark on NXT – and it looks like the former WWE NXT United Kingdom Women’s Champion may be set for a feud with Shayna Baszler going forward.

“F*ck Cesaro I dont like him” – Wrestling legend shoots out

“I am not Hulk Hogan” — WWE legend revealed…