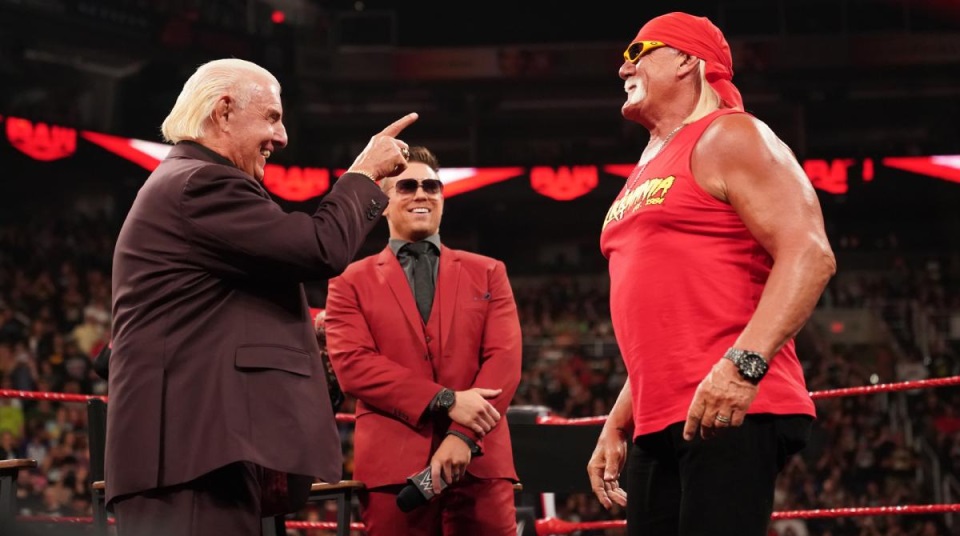 Ric Flair and Hulk Hogan are two of the all-time greats in wrestling and it seems WWE has found a role for them in Saudi Arabia. The Miz announced it will be Team Hogan Vs Team Flair at Crown Jewel in a five-on-five tag team elimination match.

Hogan and Flair will serve as ‘coaches’ for their teams and it’s not thought they will get physical. However, the Saudis have shown they are hungry for the biggest names the company has to offer – even historically – and will pay a hefty price to get them.

It’s weird that WWE would put on this type of match, though, with Survivor Series just three weeks after on November 22. The crowd did chant one more match when the legends were in the ring on RAW, but given all the health problems they have incurred – especially Flair who has literally battled for his life on a few occasions now – WWE would never be so silly as to let them get physical.

So far we know that Seth Rollins will captain Hogan’s team and Randy Orton will captain Flair’s. It looks like Rusev will join the former and Baron Corbin the latter, with Bobby Lashley also looking likely.