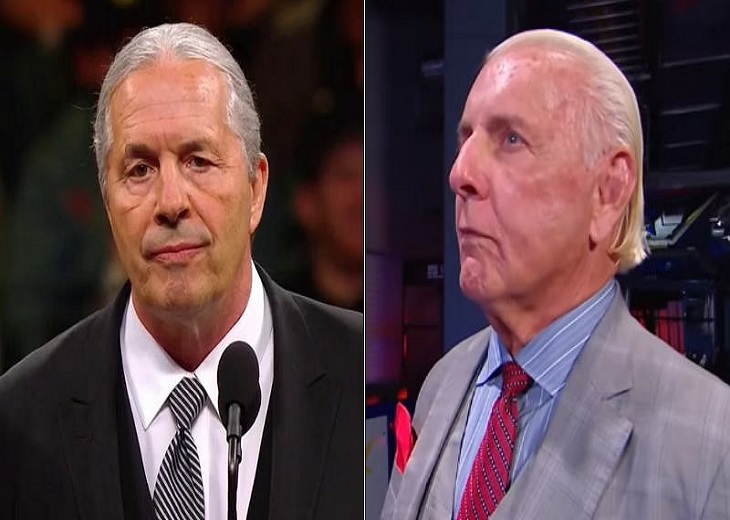 Nowadays, Ric Flair and Bret Hart get along just fine. However, in the past, they were not the biggest fans of one another.

Not by a long shot! Here, they each explain why the other is “not the legend he’s cracked up to be!”

“I feel sorry for Bret Hart.

He has the nerve to compare himself to me.

Let’s get realistic. If you put Bret Hart in your left hand and me in your right hand…compare the career.

Who is Bret Hart?

I wrestled everybody in the business – for an hour each night.

My opinion can be held second to none.

I’m the only guy that’s wrestled everybody – from Bruiser Brody to The Rock.

Bret Hart…( Ric laughs)…he came from a very strong family that was very well recognized and very highly thought of. But here are the facts…he never wrestled anybody except in the WWF.

When the WWF was hot, he was in the Hart Foundation – he didn’t have to draw any money. He just rode around on Hogan’s coattails.

And when they made him the champion, he couldn’t draw a dime, and they couldn’t wait to get rid of him. When he came to WCW, he bombed.

Does that make [him] a big star?

In my world, he is a nobody. He is a piss-ant in the history of wrestling.”

Booker T sad about the passing away of WWE talent