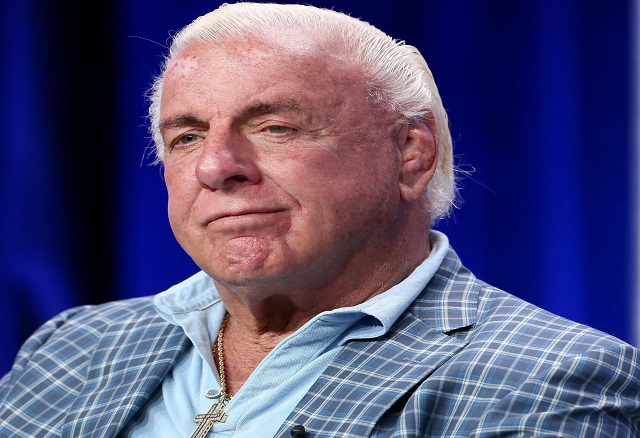 Ric Flair is retiring from his wrestling career for the time being and the WWE announces that he has been released from his franchise commitments.

This was confirmed by a brief statement from WWE that read: “We have reached an agreement on the release of Ric Flair on March 8th, 2021 today.”

With so much wrestling around the fights and feuds on camera, many fans wondered if there was any behind-the-scenes drama that caused The Nature Boy to leave the world of WWE and possibly end a wrestling career, it’s been running since 1972, and that’s what led many to call him the greatest professional wrestler of all time.

On his Twitter page, Flair posted a statement (which for some reason capitalized the beginning of each word) that read, “I am officially able to respond to any press releases related to my requested release from WWE that they give me to have .

“I really want to make it clear to everyone that I am not mad at WWE at all. You are solely responsible for getting me into the position I am in right now, in which I am seen in the brightest light ever.

“We have a different vision for my future. I wish you continued success! Thank you for everything! Just respect!”

He continued with an interview People Magazine: “We just disagreed on some of the business opportunities I wanted to pursue, so I asked for my release.

“There was no hostility and everything was friendly.”

In an interview with the magazine Flair denied rumors that he had asked his daughter Charlotte Flair to be fired because of “contradicting storylines”.

When asked what he would do next, he hinted at a number of non-wrestling projects. “I have other exciting things to do, like my own line of wines … and comic books.”

However, he also shared plans to start what he called “my own network,” suggesting his days in the world of wrestling may continue.

This release also came a few months after the 72-year-old made public complaints about a romantic act with 31-year-old Lacey Evans and his daughter Charlotte that was dropped after the former became pregnant in real life.

“We made the best of it, but … I didn’t like that,” he said on an episode of the Ariel Helwani MMA Show.

“They Forced Me, I cant do This Anymore” – Shawn Michaels