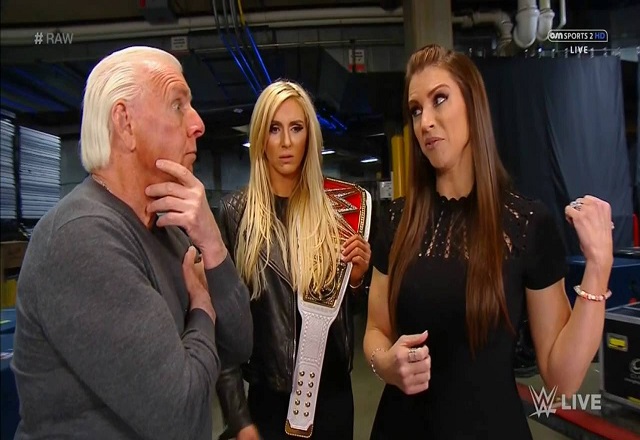 Ric Flair and Stephanie McMahon are obviously no strangers to each other. While Ric displayed his magic inside the ring, Stephanie did it off-screen in her corporate roles.

But recently, Ric Flair made one revelation about Vince McMahon’s daughter which might surprise you. Stephanie had made several on-screen appearances and even competed inside the squared circle. However, one thing that made Ric Flair her fan is her role as a heel character in WWE.

While talking about WWE Evil during an episode of the Ric Flair Wooooo Nation Uncensored Podcast, the WWE Hall of Famer said, “I am a big fan of Stephanie McMahon. She is a bada**. I love her in that character. I love her with The Authority.”

“Any time you go back to the feuds with her like Vickie Guerrero or just different people over the years, she could be a bada**,” Flair added. Ric Flair is one of the greatest pro wrestlers and is also regarded as one of the greatest heels in professional wrestling. It is not often that a top heel such as Ric Flair claims to be a big fan of someone else’s heel work.

The Chief Brand Officer is actually best remembered by many fans for her appearances as ‘The Authority’ along with her husband, Triple H from 2013 to 2016.

But it is not that she had been successful only in her heel character. Stephanie also had success in the various job roles she had held over all these years in WWE.