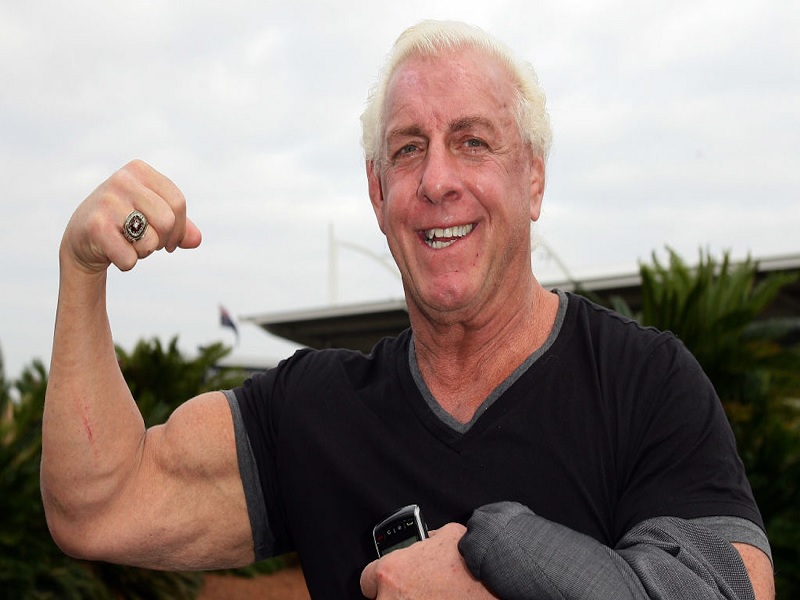 Ric Flair in the last episode of his podcast Wooo Nation Uncensoredsaid said that he hopes to lace up his boots for a match. Ric Flair also blamed wrestling promotions for not wanting to deal with the consequences of an elderly person like him.

“Most assuredly, and a lot of conversation. That talk hasn’t happened, but could I do it? Absolutely. I’m in better shape now than I was when Sting and I wrestled the last match on Nitro. WWE won’t let me do anything, even though I’m released,”

I understand, they have so much liability and I told them I would sign anything, but nobody wants me to die on their watch. I’d rather die in the ring. If I have to go. I’d rather not jump off the 19th floor or spend another 31 days in the ICU,” said Flair.

In his statements above, Flair opined that he realizes the danger of wrestling at his age and is more than willing to pay for the consequences.

The Nature Boy’s last WWE match was against Shawn Michaels at WrestleMania 24 which ended in defeat for Flair. However, the buildup to the clash between the two legendary wrestlers was terrific. It was considered the perfect tribute to a legend like Ric Flair.