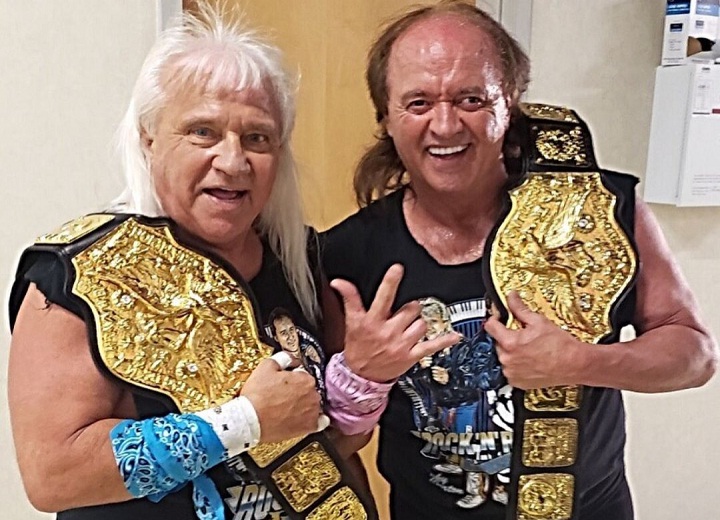 On a recent interview by Robert Gibson of the Rock ‘N Roll Express, the wrestling legend says, “Dusty Rhodes “tried every way in the world to try and kill us off”

Below are some highlights:

Gibson, in discussing his and partner Ricky Morton’s time being booked by Dusty Rhodes for the National Wrestling Alliance (NWA), said that Rhodes called him and Morton into the office after one particularly successful show in Charlotte, N.C.

Gibson said that Dusty told the pair “there is something you don’t do in this territory.”

When Gibson inquired what that was, Rhodes said, “Y’all do not, and I mean, y’all do not, sell out the Charlotte Coliseum when I am not on the card…. And that’s when he started trying to pull us apart.”

From there, Rhodes started booking Gibson and Morton in singles matches, which led to a serious career bump for the tag team.

Austin said Dusty “should have put himself on the card,” adding that the American Dream “should have been happy you two were selling out.”

“That’s what I thought,” Gibson said.

This is not the first time one of the Rock ‘N Roll Express members has talked frankly about Dusty Rhodes.

While Morton once said Rhodes had “a great mind for the business,” he also noted that the wrestling legend “tried every way in the world to try and kill us off.”

In the end, Rhodes ended up firing the Rock ‘N Roll Express.

As it turns out, Gibson and Morton are not the only former professional wrestlers who had heat with Dusty Rhodes.

Former NWA Heavyweight Champion Ronnie Garvin sat down for a shoot interview where he called Rhodes an “a**hole” who “killed his own territory.”