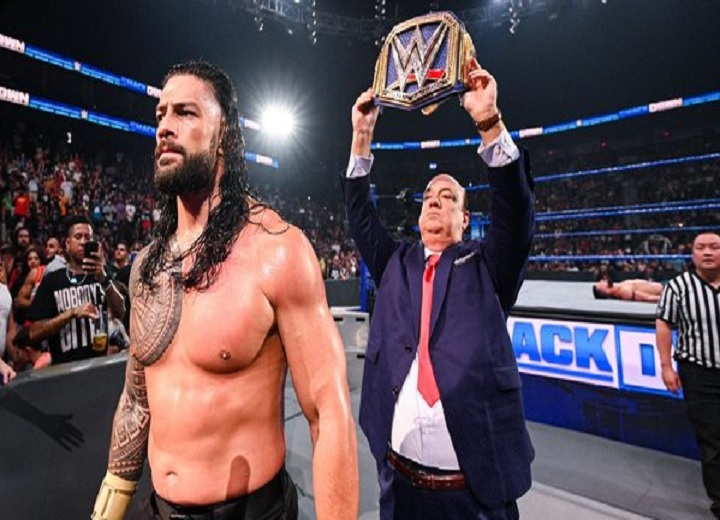 Roman Reigns has been the gimmick to finally establish Roman Reigns as as big a dog as WWE tried to promote him as in the years before his 2020 pandemic hiatus.

There are no stars likely to enter his orbit between now and 2025, so a multi-year title reign doesn’t remotely feel out of the question. Nor should this Hall Of Fame induction.

By then, Reigns will have been a main roster concern for well over a decade, held every title available to him, and anchored the first ever billion dollar wrestling show for the better part of a decade. By any metrics – as if they were even needed – he’s a Hall Of Famer, and the prospect of him going on a run whilst flashing his new status as Champion, company cornerstone and celebrated industry icon could be even more enjoyable than his existing one.

Naturally, The Usos would induct him completely in character, only furthering the truly gross facade. Beating that Roman Reigns gets somebody over too, which by 2025 should probably be the point.