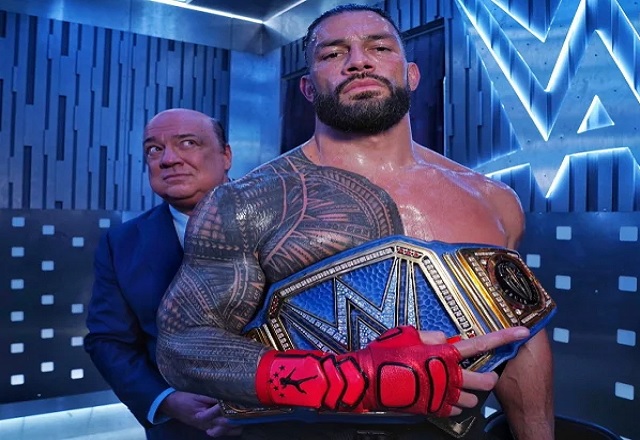 For WWE Universal Champion, Roman Reigns, sky’s the limit. However, this isn’t limited to the WWE Universe or the wrestling industry. During WWE SmackDown: November 26th, 2021, The Tribal Chief cut an edgy promo where he took shots at the main roster and Brock Lesnar.

However, he subtly hinted at a possible WWE break when he said his time with WWE may end sooner than people think. “I’m your Tribal Chief. I’m the greatest of all time. And, when my days are done around here, which could be sooner than later, the whole world will acknowledge me.”

Of course, this is open to prediction. It could be a break from WWE, or it could be his absolute exit from the industry. However, he’s not going to leave without giving the WWE Universe an unforgettable match, and for now, his biggest threat in the industry is Brock Lesnar.

Anyone who has witnessed him cut promos knows his mic skills are impeccable. In fact, it’s one of the best in the industry at the moment. Moreover, the way he presents himself in front of the camera is beyond commendable. Therefore, why limit his skills to the WWE ring when he can take it to another realm?

WWE has no real plans for top superstar