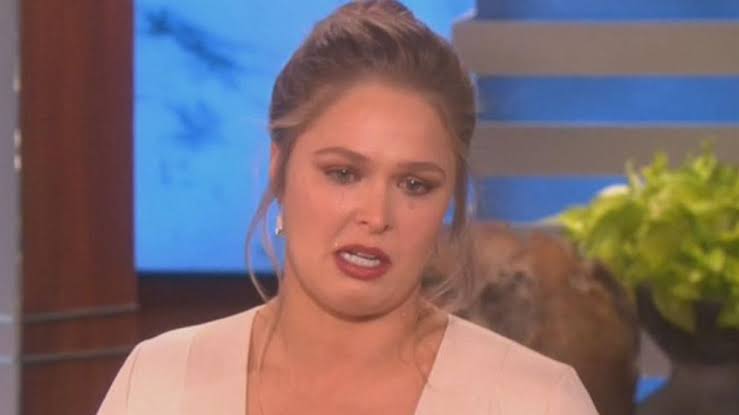 Former UFC champion Ronda Rousey says her decision to curtail her WWE career is due to her antipathy towards fans and a hectic schedule.

“What am I doing it for if I’m not being able to spend my time and energy on my family, but instead spending my time and my energy on a bunch of fucking ungrateful fans that don’t even appreciate me?”

Rousey said during an appearance on the Wild Ride podcast. “The thing is, I love performing. I love the girls.

I love being out there. “But, at the end of the day, I was just like, ‘Fuck these fans, dude.’ My family loves me. They appreciate me. I want all of my energy to go into them.”

The 33-year-old first rose to fame after winning a judo bronze at the 2008 Olympics. She then became one of the biggest names in UFC before stepping away from mixed martial arts to pursue a career in professional wrestling.

Although her contract with WWE runs until April 2021 she told Steve O, the host of the Wild Ride podcast, that she would only return in a part-time role, if at all.

“People think you’re only wrestling as much as they see you on TV, but they don’t realize that there’s three or four other days of live shows during the week,” she said.

“If I looked at all the live shows, I was only home a day and a half a week.”

It was just not worth it for my family … No, I’ll never be full time again – over 200 days a year on the road like that ever again.”

While Ronda Rousey’s comments angered some WWE fans on Twitter, it may be part of a deliberate ploy to enhance her heel persona.