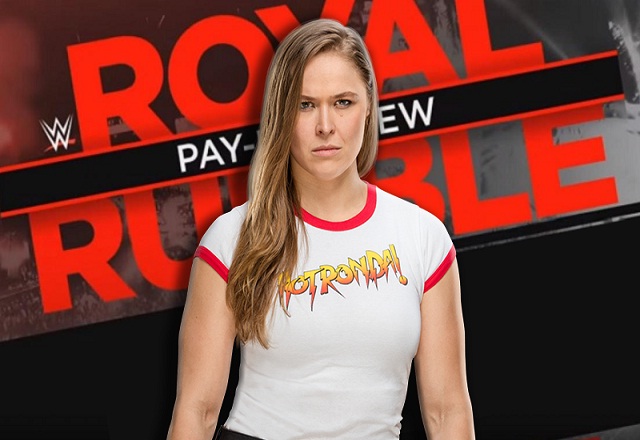 Ronda Rousey hasn’t been seen by WWE fans since she lost at WrestleMania 35 to Becky Lynch in a triple threat match with Charlotte Flair.

During her year-long run in WWE, Rousey became Raw Women’s Champion and participated in the first-ever women’s match to headline and WrestleMania.

But while we don’t know if we’ll ever see Rousey back in WWE, there is one aspect of her time there that she certainly doesn’t miss — the travel.

Speaking exclusively to Digital Spy, Rousey explained that being on the road was her least favourite part of the job.

“I love wrestling but I think it was maybe Sarah Rowe (Sarah Logan in WWE) who told me this, she wrestles for free but they pay her to travel,” she said.

“The hardest part I think was just not being able to lay down horizontally, you know.

Taking a bunch of hard bumps, your back hurts and you just want to lay down.

“All I wanted to do between shows is lay down with my legs up and travelling you’re just sitting upright all the time and my back would kill me.

So the actual act of travelling I do not miss it all, it was the absolute worse.”

Travelling was extra painful for Rousey due to a back injury she sustained before coming to WWE.

“My bottom vertebrae in my back is actually broken in half,” she continued. “So that has something to do with it.

But travelling on a broken back is the absolute worst. I love being

home on my extra firm Tempur-Pedic mattress every night.”

Rousey has been using her free time at home in 2020 to play one of her favourite games, World of Warcraft, after receiving tutoring from Vin Diesel.

And due to her love of WOW, last month Rousey was one of the stars of Blizzard Entertainment’s celeb-packed Sound the Horn campaign to celebrate the release of World of Warcraft‘s new expansion, Shadowlands.