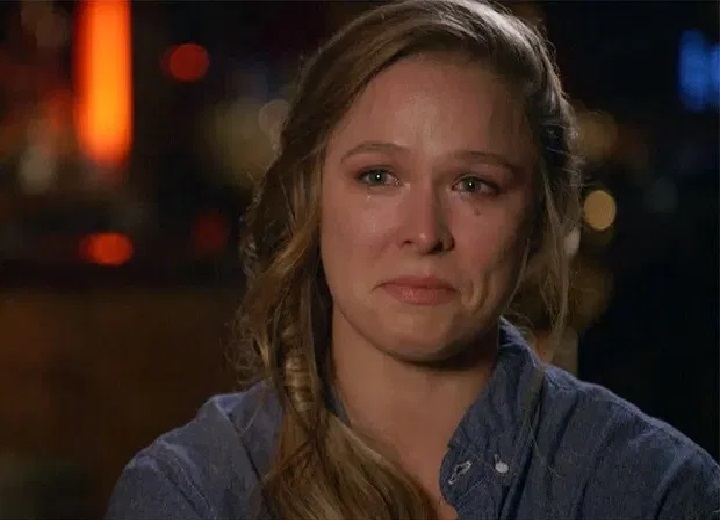 Ronda Rousey hasn’t competed in the WWE since her loss at WrestleMania 35 in April 2019. Nevertheless, she’s still on good terms with the organization. She maintains a close relationship with notable personalities in the professional wrestling industry such as with WWE mainstay Natalya Neidhart of the legendary Hart family.

Rousey is still under contract with the WWE, and her deal reportedly runs out at WrestleMania 37 in March 2021. One ought to note that despite Rousey not having competed for the WWE since April 2019, she’s still a part of the company.

Why did Ronda Rousey leave WWE?

The primary reason behind Rousey taking a break from the WWE is because – as The Rowdy One herself has noted on multiple occasions – she wants to start a family with her husband, MMA fighter Travis Browne.

The professional wrestling community consensus is that it isn’t a matter of if but when Ronda Rousey returns to the WWE.

However, Ronda Rousey recently opened up on what she believes is the hardest part of being a WWE Superstar. Rousey noted that the travel schedule that requires WWE performers to be on the road for the better part of a year is what she found to be extremely challenging.

Ronda Rousey could return to WWE

But with that being said, Rousey has also often alluded to a WWE comeback. From asserting that she would like to rematch Natalya Neidhart to trash-talking the WWE Superstars and WWE as an organization – blurring the lines between professional wrestling ‘kayfabe’ and real life – Rousey has her finger on the pulse of the professional wrestling world.

The 2021 edition of the WWE Royal Rumble will take place on January 31st. Traditionally, the Royal Rumble features the return of notable WWE Superstars who’ve been away from the promotion’s on-screen storylines for months or perhaps even years.

The Royal Rumble marks the beginning of the ‘road to WrestleMania’, WWE’s most crucial phase of a given year.

The road to WrestleMania starts at the Royal Rumble and ends with the year’s WrestleMania.

Ronda Rousey could be one of the surprise entrants in the 2021 women’s Royal Rumble match. And if she does return at the 2021 Royal Rumble and goes on to compete at WrestleMania 37, she would indeed be looking to reclaim her WWE RAW women’s title. Perhaps this time she’d win the SmackDown women’s title as well.

Ronda Rousey: Why I Left WWE and Pro Wrestling