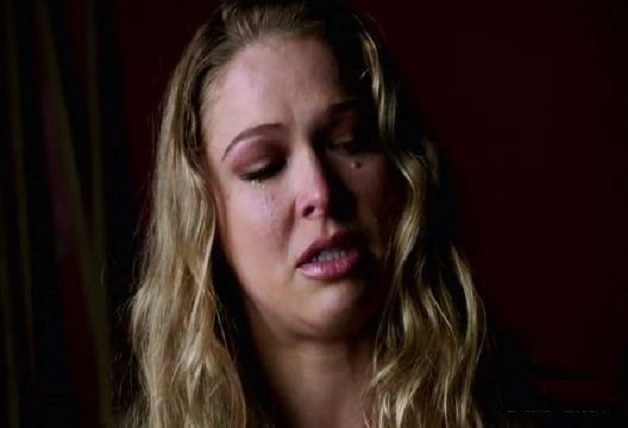 From 2013 to 2015, Ronda Rousey was arguably the best female talent to step inside the octagon. Holly Holm stepped up pulled off a huge upset and handed Ronda Rousey her first loss.

The former Strikeforce fighter made the smooth transition over to the UFC and quickly became a household name by taking down all challengers in a dominant fashion.

Then, Holly Holm stepped up and fought the “baddest women on the planet” at UFC 193, and she pulled off a huge upset and handed Ronda Rousey her first loss.

That loss had a huge affect on Rousey mentally and the former UFC Women’s Bantamweight Champion has stated in that past that had suicidal thoughts after losing to Holm.

Speaking on the “Hey Frase Podcast”, Holly Holm reveals whether she feels responsible for Rousey’s mental breakdown following their encounter.

The 38-year-old doesn’t feel that she’s to blame for Rousey’s mental state after their big match-up and says that one of the biggest problems right now is that nobody wants to accept responsibility:

“No. Because if it wasn’t her it was me. Like, that makes no sense.” Holm said. “Both people sign up; they sign a contract… I think one of the biggest problems we have now is that nobody wants to be responsible for themselves.”

Following their title match in 2015, Holm says that she hasn’t spoken to Rousey since.

Neither side has tried to keep in touch with one another and Holm and Rousey haven’t run into each other yet.