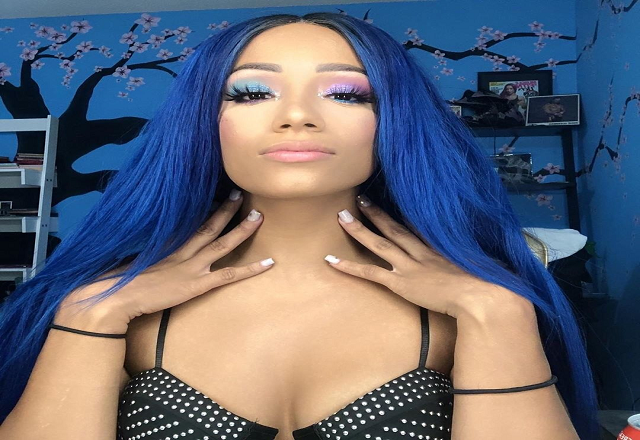 WWE Superstar Sasha Banks has undergone a complete look change as she is no longer the pink-haired boss. The multi-time RAW Women’s Champion is The Blueprint now, whose only goal is to destroy the ones who come in her path.

Last week, Sasha Banks picked up the WWE Women’s Tag Team Championships with her best friend Bayley. Although the rumor mills have suggested that WWE Creative wishes to break this pair up soon, the same has not happened yet.

The duo will defend the WWE Women’s Tag Team Championships against The IIconics, and the team of Alexa Bliss and Nikki Cross this Sunday at WWE Backlash.

It will be intriguing to see how this match turns out to be because there is also a threat looming from the hacker of SmackDown.

As per the rumors, the mysterious hooded figure will likely break up the association between The Miz and John Morrison, The Boss ‘n’ Hug Connection, or perhaps, the team of Alexa Bliss and Nikki Cross.

Speaking of Sasha Banks’ crush now, the female Superstar was quite shy to reveal this, but in her recent interview, The Blueprint mentioned that she always had a crush on Fast And Furious Star Vin Diesel.

It is surprising to note that Banks did not pick a WWE Superstar here, because her colleague Liv Morgan had a huge, huge crush on John Cena.

Nevertheless, it is every individual’s choice and Banks had made her own.
As far as Sasha is concerned, the Blueprint would put her tag titles on the line at Backlash as the world awaits what happens next in WWE.