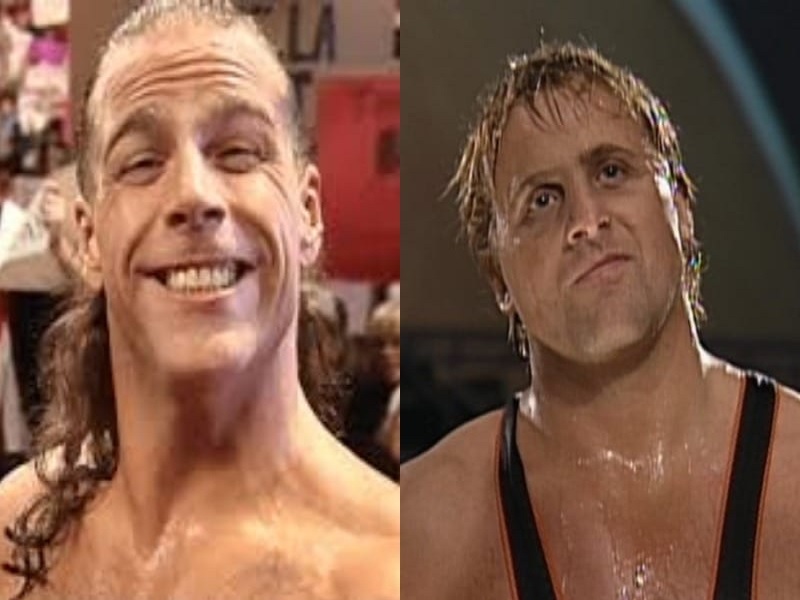 Owen Hart’s legend will never be forgotten, but his life ended far too soon. He is still not in the WWE Hall Of Fame in spite of fans and Mark Henry’s pleas. Owen’s widow Martha Hart simply won’t allow WWE to make any profit on his likeness. This is why Hart is only available in video game form if he is created by a player.

Jim Cornette spoke about the time after the Montreal Screw job during an interview uploaded by Wrestling Shoot Vault and revealed some interesting information. Both Davey Boy Smith and Owen Hart were still with WWE, but they were stuck in a situation where they couldn’t be used on television.

“Owen and Davey were immediately taken off the cards for obvious reasons. Davey wanted to go, he had the knee surgery so he had been working with a bad knee so he’s not gonna be working he might as well get it fixed because he wanted to go somewhere and he had a big offer and obviously you could tell because he paid WWE 150 grand to get out of his deal because they were paying him a lot of money.”

Owen Hart stuck around with WWE because as Bruce Prichard has said on Something To Wrestle With, WWE was his family and he was loyal. Owen’s contract wasn’t up either so he was sitting at home and not being used.

Jim Cornette says that Hart was promised a big push upon his return as well. However, things didn’t turn out that way because of a backstage burial from Shawn Michaels.

“Of course, as soon as Owen agreed to do it and they brought him back in then Shawn put the kibosh on ever putting Owen over or ever doing that top program et cetera and that’s where Owen floated into the f*ckin’ thing with Jeff and Debra and it was mid-card and stuff and it was, what? 14 months later after he came back Kansas City happened. So of course, Shawn got the last laugh on another member of the Hart Family.”

Owen Hart tragically fell to his death at Over The Edge in 1999 at Kansas City’s HyVee Arena. He was portraying the gimmick of the Blue Blazer and was supposed to be lowered to the ring from a catwalk like a super hero. The professional wrestling world still mourns this sad loss.

You can also see a video below with Shawn Michaels’ side of the story where he explained that what hurt Owen was that he wasn’t forceful enough backstage.

You never know what WWE’s plans were for Owen Hart following the Blue Blazer’s return in 1999. After Shawn Michaels famously referred to Owen as a “nugget” during a promo on Raw, you can’t help but think that if The Kliq wanted to use their backstage pull against Owen Hart then nothing would have stopped them.

See Details Of what happened The Day Owen Hart Passed Away