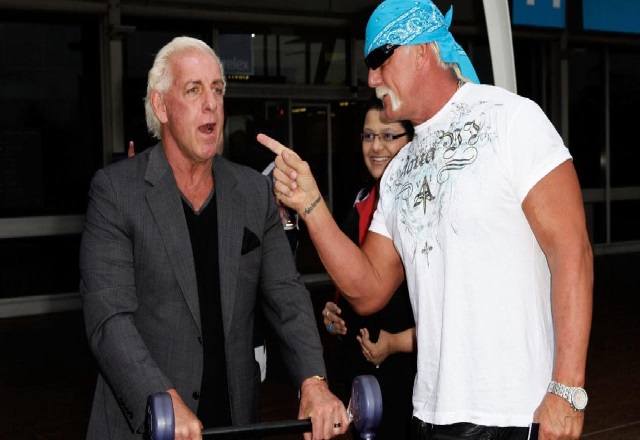 Remaining humble isn’t something everyone can master. Sometimes, the best of people slip and become arrogant. However, Hulk Hogan is not one of them. He is as humble as it can get.. or is he?

Recently, The Hulkster revealed that Ric Flair is the best ever and Stone Cold Steve Austin is third. Therefore, it makes Hogan second. But that’s not the point here. This time it’s about Hulk Hogan putting Ric Flair over himself. Now, that’s unlike Hogan!

WWE Legend Jim Cornette took it upon himself to explain why Hogan put Ric Flair over. He compared Hulk to Chris Jericho since ‘Le Champion’ compared himself to ‘The Phenom’.

“Well, I think he’s a lot smarter than Chris Jericho. As we talk about earlier, Chris Jericho says there’s no comparison between me and Undertaker and proceeds to compare himself in every way to The Undertaker. Hogan is a little smarter. He puts Flair over because.. so, Hogan puts the guy who he knows the majority of fans and people in the business would say is the best ever. Over himself as the best ever publicly to make himself look like the humble and unassuming Hulk we’ve come to know.”

It’s interesting that Hulk Hogan possibly did this to make himself look humble. Was that a strategic move? Probably. Does he truly believe in his rankings? Maybe not.

Ultimately, it doesn’t matter what he truly believes if what he’s saying portrays him as the Good Guy Hulk.

RIC FLAIR IS READY TO FIGHT HULK HOGAN… FOR REAL