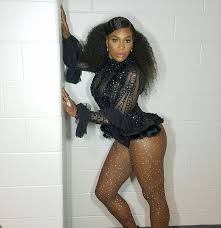 It’s been three whole years since Miley Cyrus twerked all over the VMA stage and made the dance a topic of national conversation.

But if you still haven’t mastered the move, now you can learn from the greatest tennis player in the world.

Serena Williams who most recently showed off her killer moves in the video for “Sorry” from Beyoncé’s VMA-nominated Lemonade — breaks down the dance step-by-step in a new video from Self magazine.

You know, just a casual side project she tackled ahead of competing for her sixth gold medal at the Rio Olympics.

Over a minute, she covers everything from the warm-up to the basic shake and, finally, the twerk itself.

“Everyone does twerking, everyone should at some point do a twerk,” Serena advises.
It’s official: As long as she’s still doing it, twerking will never go out of style.