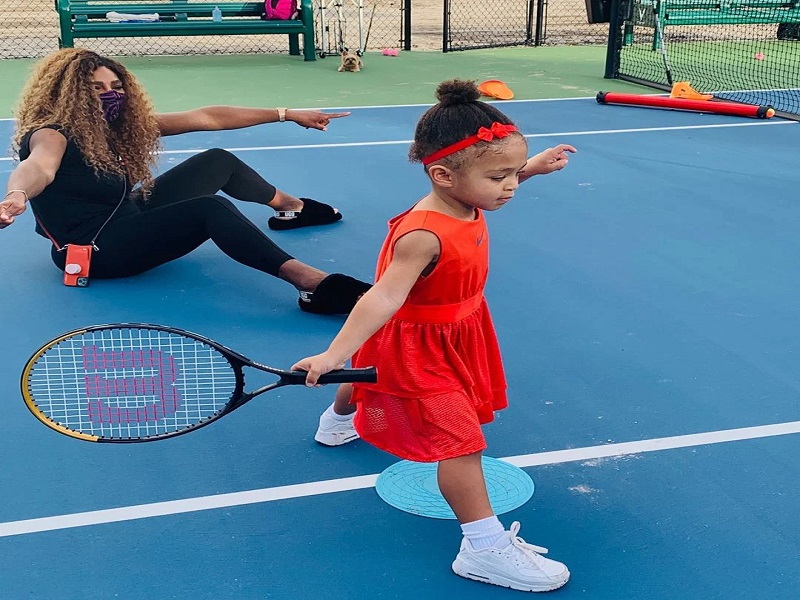 Serena Williams signed her 3-year-old daughter Olympia up for tennis lessons. “The lady has no idea that it’s my daughter,” the champ told her followers. “So, we’ll see how that goes.”

Serena Williams is passing down her love of tennis to Alexis Olympia Ohanian Jr. by enrolling the 3-year-old child in some lessons. “I signed Olympia up for tennis lessons,” the athlete told her Instagram followers on Thursday, Oct. 22. “Don’t even start with me because I’m not giving her tennis lessons.”

There was just one little catch: The coach didn’t know she was training the daughter of a 23-time Grand Slam singles champion. “The lady has no idea that it’s my daughter. So, we’ll see how that goes,” Williams continued. “I’m not a pushy mom, but I know how I like technique. So, I want to make sure she’s good at teaching Olympia some techniques.”

And when the big day arrived, the 39-year-old sports star wanted to make sure her firstborn was ready. So, they watched films of old matches to help with stance and speed although Olympia was more interested in viewing the cartoon Little Angel.

Williams also didn’t forget about the gear: She posted a picture of Olympia’s adorable practice ensemble and matching Wilson racket. The proud parent wore her own “tennis mom outfit,” too.

But once the lessons started, Williams didn’t hang around the court. “So, she’s at her tennis lesson, but I’m going to leave so I’m not distracting. I know how to, like, leave and be. I’m not, like, an overprotective mom—no matter what Alexis [Ohanian] says,” she quipped while referencing her husband.

This wasn’t the first time Williams had introduced the sport to Olympia. In fact, she posted pictures of the mother-daughter duo practicing in matching purple looks back in July.