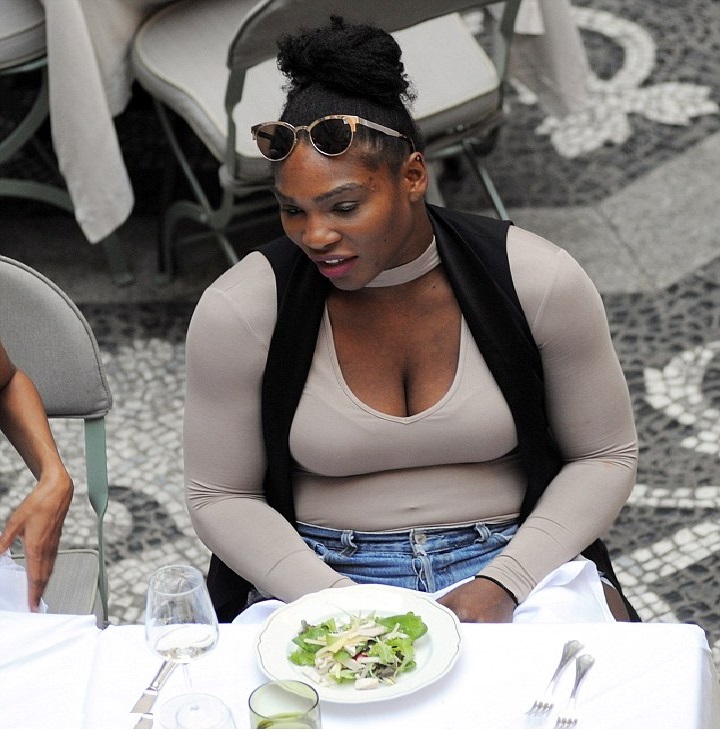 In a new video for Architectural Digest, the 23-time Grand Slam Champion led viewers through the interior of her home, located north of Miami, which was designed alongside her sister Venus Williams and her internal design company V Starr Interiors. Serena began the tour with her unique living room layout which is actually an open-floor art gallery. The exhibition room begins near the front door with a beautiful piece art piece from the artist Radcliffe Bailey.

“I have a few pieces of his. I think it’s called ‘The Astro’ because this is actually a rock from the moon,” the star explained as she touched a portion of the work. “Sometimes when I feel like I want to go to space, I just touch that little guy. So that’s pretty amazing.”

After walking through her gallery—featuring pieces from KAWS, Leonardo Drew, Brendan Marshall and other Bailey pieces—the professional athlete, who is mom to 3-year-old Alexis Olympia Ohanian Jr., also revealed that she also dabbles in creating art herself.

“This is actually my art. I do art and I paint,” she expressed while pointing to a wall of abstract 3-D paintings. “And I’m really kind of artsy.” After showing off her clear, grand piano, Serena led views to her trophy room which holds only some of the awards she’s won over the years and her some of her own memorabilia. One of which included a box of Wheaties cereal with herself on the cover.

“I don’t keep a lot of my Grand Slam trophies here,” she said as she glanced over the wall. “I do see an Australian Open trophy. There’s a US Open trophy.” Serena then noted that it was from 2002 before adding, “That was a while ago.” After confessing how bad she was with keeping up with her own collection, she picked up a silver cup from the Roland-Garros French Open and recalled, “I don’t have a lot of those, so I can’t tell you that one. I only have two or three. I don’t even remember—two? Three, three, three.”

Serena then held up two Wimbledon trophies that were significantly different in size. “So this is what it was like when you first won Wimbledon, you got a small trophy,” she explained. “And then it had been like four or five years since I won Wimbledon and I understand they moved it to the bigger one.”

When she came across a second-place trophy in her collection, Serena promptly admitted, “I’m gonna put that one in the trash. Shouldn’t be in here. We don’t keep second place.”