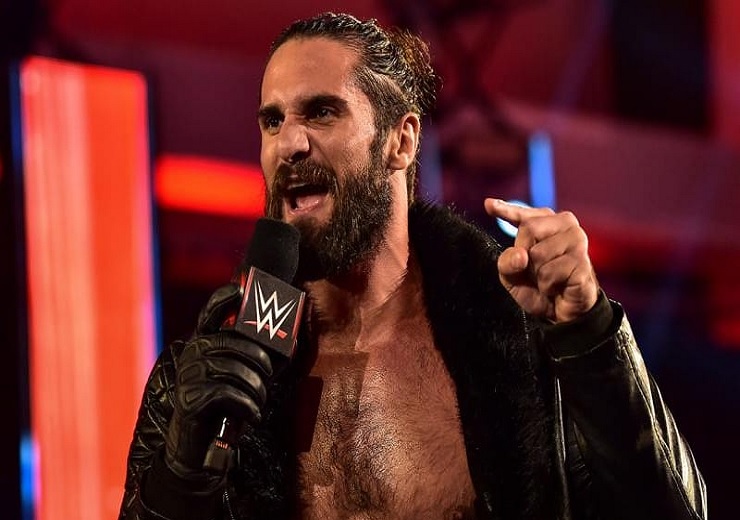 Seth Rollins and his lawyers have written a storyline letter to WWE officials, to address what he calls the “flagrant disrespect and egregious conduct” he faced from his co-workers after they walked out on last week’s in-ring segment for his return to SmackDown.

Rollins appeared on tonight’s Elimination Chamber go-home show and ranted about being betrayed by his so-called friends last week.

Rollins claimed he suffered emotional trauma last week when everyone walked out on his speech. He said he’s still suffering and what happened was unacceptable.

He then noted that he had his lawyers draft up the letter, which is a formal complaint that has been delivered to WWE officials. Rollins said “it’s pending” but he and his lawyers will win the case.

Rollins continued his rant and said months of planning went into his return but it was ruined by a bunch of “losers and cowards” because they’re afraid, and want to divide Rollins and the fans.

Rollins added that there are millions of people who have already embraced the vision for a better tomorrow and a better SmackDown, but those losers and cowards want to divide them.

He then singled out Cesaro, who he attacked last week after the in-ring speech. Rollins called Cesaro the biggest loser of them all, and said he was disrespected and patronized by Cesaro.

He then teased that something will happen to Cesaro that is out of Rollins’ hands, and that will also happen to every single person who stands in the way of Rollins and his supporters.

Rollins declared that “we” are strong and powerful, and are winners.

He ended his promo by telling everyone to embrace the vision, then thanking them and wishing everyone a goodnight.

Cesaro later responded to Rollins in a backstage segment and said he wasn’t patronizing Rollins last week, he was respecting him like everyone else who was hoping the old Rollins would come back.

Rollins said everyone hoped the good Rollins would come back and make an impact, but instead we got the same smug, condescending SOB that he was when he left.

Cesaro warned that he has not forgotten about what Rollins did to him, but for now he has to focus on the Elimination Chamber and the potential title shot against WWE Universal Champion Roman Reigns.

That segment also saw WWE Hall of Famer Edge approach Rollins and give him praise for the grit he’s had as of late.

It looks like the Cesaro vs. Rollins feud will kick into high gear after Sunday’s WWE Elimination Chamber pay-per-view.

Rollins’ letter to WWE officials calls on them to “swiftly and forcefully” punish the WWE Superstars who refused to embrace his vision last week, which would be just about the entire locker room. Rollins’ full storyline letter reads like this:

TO: WWE Management
RE: Flagrant Disrespect and Egregious Conduct

To Whom It May Concern,

I am writing to you to formally express my sincere disappointment and anger in the dishonorable actions of the SmackDown locker room and treatment by this company with regards to my greatly anticipated return last Friday, February 12th.

At the behest of this very office, desperate for a true leader and star of my magnitude to help lead SmackDown to new heights, I agreed to return from my personal leave and sacrificed precious moments with my loved ones. I spent considerable time and energy planning this moment that should have been a triumph, an exaltation of a multi-time World champion. Instead, I was met with an embarrassing farce.

The disregard and disrespect shown by the SmackDown superstars for shunning my inspiring message must be addressed. While I intend to deal with these patronizing, ungrateful so-called Superstars in my own time, I expect the full force of this office to swiftly and forcefully reprimand those who refused to embrace my vision.

I await your response and best efforts to make amends for this incident.